Toast Is on a Mission to Uplift the Restaurant Industry

The Toast sales manager who met with Howard Chang in 2017 thought he was about to make an easy sale.

At the time, Chang was the general manager of a farm-to-table Chinese restaurant in Austin, Texas. It was Chang’s latest stop in a 20-year career that had been spent in the service industry, from dishwasher to busboy, server to sous chef. Over the years, he’d grown familiar with the challenges the industry faced.

Much of the service industry’s pain points surrounded technology, or more precisely, the lack thereof. Some restaurants where he’d worked still relied on a pen and pad to help them run operations. Others, like Chang’s current spot, used a legacy handheld point of sale (POS) system that was difficult to program, especially in non-English languages like Mandarin.

One day in 2017, Chang attended the soft opening of a friend’s new restaurant. They were using Toast, a cloud-based POS restaurant software. Chang experimented with it and was blown away. Every complaint he’d ever had about handheld POS systems was solved by the software in a simple and straightforward way.

“It was like Toast was reading my mind as a restaurant operator,” Chang said.

The next day, he cold-messaged the local Toast sales manager, John, who had sold the software to his friend. John was elated. The GM of a restaurant was reaching out to him. How much easier could a sale get? The pair met up at a local coffee shop, and John went right into his sales pitch explaining the benefits of Toast.

“So, what can I do to help you?” John finally asked.

“Well,” Chang said. “I saw that there was a position opening up for an implementation engineer at Toast.”

John was confused, stunned and silent. This wasn’t a sales meeting — Chang wanted a job. 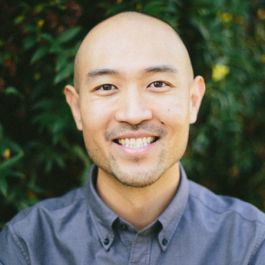 “To this day, John jokingly says that he’s still bitter about it,” Chang said, laughing. But in all seriousness, Chang was so impressed with Toast’s software, and so familiar with the challenges facing the restaurant industry, he wanted to join a company that was solving those problems.

Today, Chang does just that. He’s a sales manager for the new emerging markets team, which sells to Spanish- and Mandarin-speaking restaurants. He’s also part of a growing software company that isn’t just making it easier for the service industry to operate, but also one that’s branched into the fintech space to help restaurants stay financially viable.

Sound like a company that’s right for you? There’s no need to cold-message your local Toast sales rep. Just read what these three Toasters had to say about why they joined Toast and check out the open roles below.

Want proof that professional development is important at Toast? Four years ago, Chang started as a senior implementation engineer, and now, he’s a sales manager. “I had no previous sales experience,” Chang said. “It meant a lot to me that they believed I had the skills, knowledge and background to seamlessly transition.” Another example is Michelle Buchanan, who started off as a senior manager for payments pricing, and is now the director of payments. “I feel like everyone at Toast wants you to work on things that you're passionate about. That’s just one of the ways we help our employees reach their goals and thrive,” she said.
They're Hiring | View 56 JobsToast is Hiring | View 56 Jobs

It’s been 10 years since Michelle Buchanan waited tables, but to this day, she still has the same recurring nightmare. 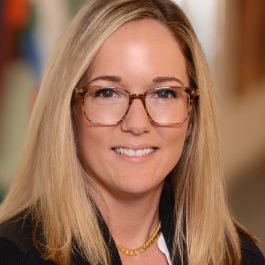 “I’m waiting tables, and the POS system crashes in the middle of a rush,” Buchanan, the director of payments and pricing, said.

Having service industry experience has allowed her to better empathize with the challenges that restaurant workers and owners face. About two-thirds of Toast employees have past restaurant experience, but it’s not a prerequisite for joining the team. Toast values the uniqueness each employee brings to the table, and knows that diverse experiences and backgrounds enrich the products and services they offer customers. Toast hires people at all different stages of their professional journeys: whether you’re just starting your career, returning to the workforce after a break, completely pivoting to a new field, or looking for change that allows you to make a more meaningful impact on your local community.

One way that Toast does this is through their partnerships with various coding bootcamps. It can be difficult to pivot into the field of engineering, but Toast knows that with an appetite for learning and the right tools and resources, people can successfully make the switch. Their engineering teams eagerly welcome new teammates with non-traditional backgrounds and set them for success through a thorough onboarding and enablement program, dedicated mentorship, and the opportunity to make a real difference through their work. 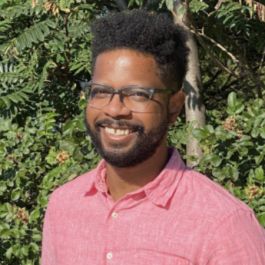 “The hardest part about getting your first programming job is just getting someone to pay attention to your resume. There’s so many people applying,” Bell said. “The fact that Toast paid attention tells me a lot about the company. It says they’re open to hiring good people, regardless of the prestige of your educational background.”

Since then, Bell has gotten to work on a multitude of projects, some of which are on the fintech side of the business. That’s the interesting part about Toast. Many view it as a software POS system company — but it’s so much more.

“We’re testing and launching so many products,” Buchanan said. “On top of that, our teams have built a solid and reliable payment stack. It’s all in an effort to help and impact the restaurant community.”

And that’s the overarching mission of Toast. Every decision and product launch is made to benefit the restaurants, whether that’s helping them increase revenue, tips, or even table turn-times. Bell and Buchanan said they love working for a company that has their customers top of mind.

“We have a huge opportunity ahead of us,” Bell said. “There are a lot of restaurants that don’t have this technology — yet.”

There’s no shortage of employee resource groups at Toast. There’s ToastHER, which is a community to empower women, and Mi Gente, for LatinX Toasters. Chang is part of the Tapioca group, which stands for Toast, Asian and Pacific Islander Opportunities, Community and Advancements. The group has had discussions comparing Western work culture versus Asian-American and Pacific Islander work culture, and has facilitated networking and career growth opportunities for its members. “It’s also an amazing place to get great Asian cuisine restaurant recommendations,” Chang added.

In a way, Chang’s current role on the emerging markets team sums up why he wanted to join Toast in the first place.

The team originated in the summer of 2021. It features bilingual Spanish and Mandarin-speaking sales reps, allowing Toast to target specific communities of restaurants in their native language all across the United States.

“It’s important to remember that these restaurants are historically from marginalized communities that don’t have easy access to technology and resources that traditional restaurants more often do,” Chang said.

This means that the emerging markets team is creating healthier businesses and stronger communities, Chang explained. With that mission in mind, it hasn’t been hard to keep the team motivated.

“We recognize so much of ourselves, our own communities and families, in them.”

This brings Chang to a full-circle moment that happened a year and a half ago. At the time, he was on the territory account executive team for the Austin area, and there was one restaurant that he knew from personal experience would benefit from using Toast.

Chang met with their new general manager, and went into his sales pitch explaining the benefits of Toast. It was an easy sale. They converted over to Toast, which simplified their POS systems and increased their business.

“They’ve been super happy ever since,” Chang said. “It was a great feeling to realize that I can make a difference — not just working in restaurants, but working as a partner to the restaurants selling technology to create a better business.”