Take a Chance on Me: At RealWork Labs, Professional Development Is More Than a Mantra

A tech company’s culture might spark a number of associations: an open floor plan in an industrial building; pingpong tables; endless supplies of snacks, coffee and beer.

But culture is more than just branded swag and spaces to shoot the breeze with colleagues. When you take away the physical elements of an office, what’s left is the core of company culture. At RealWork Labs, that culture is based on a commitment to professional growth, collaboration and chances to explore. 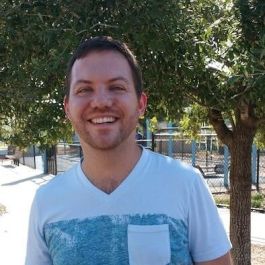 RealWork Labs opened its metaphorical doors in August 2020, the summer of self isolation. Today, it has a physical office space in Austin. The company aims to redefine how home service businesses interact with customers and expand their online footprint through a mobile platform. Though product evolution is still in its early stages, the culture has been strong since its first virtual day.

That’s especially true for the engineering team, where leadership strives to create an environment where people like coming to work. For Joseph Hanson, director of engineering, a fulfilling workplace strikes a strong balance between engineering discipline and momentum to move ideas forward. He finds joy in watching a project go from a vision to implementation to the user’s hands.

“That’s how I see my job: keeping people engaged and enjoying their work,” Hanson said.

Starting from a place of empathy

For Hanson, a strong team culture is rooted in trust and vulnerability. Those values allow team members to be open about challenges they face and a sense of reliability. “We can have each other’s backs and advocate for each other,” Hanson said. A strong team culture extends off the clock, too, when team members respect each other’s work-life balance. “That’s from the top all the way to the bottom,” Spence said. “I’m not getting messaged at 2 a.m. by Joseph saying, ‘Hey, wake up, the app isn’t working.’”

To do that, Hanson believes in his team and helps them thrive, much like RealWork’s founders did for him. Hanson had never been a director before, but he expressed interest in leaving his comfort zone of writing software and moving into people management. For the founders, Pierce Birkhold and Rusty Fincke, the experience Hanson was looking for was reminiscent of their own.

“They make mistakes, they learn, they grow, and they give the same to us,” Hanson said. “They give us an opportunity to grow. We get the title, and then we earn the title.”

Hanson joined RealWork in September 2021 as a principal engineer. He used his past experience as a manager to help him lead a team. But he learned about leading a department as RealWork navigated its first two years as a company during the pandemic.

Hanson’s experience joining the company within the first year also allowed him to lay the groundwork for a team culture that values authenticity, learning and balance. Those values have only grown as RealWork has scaled. He, Fincke and Birkhold continue to invest in team members who express an interest and prove they’ll do the work to get to where they want to go.

For example, Quality Assurance Engineer Nick Matthai never saw engineering as a potential career path, although he’d always been interested in it. It wasn’t until he joined RealWork that he got the opportunity to pursue it.

“I was given the opportunity to become an engineer when I thought it was not an option for me.”

Matthai started as a customer success manager, and the role had a focus on low-level code.

“I told Rusty, ‘if you give me the chance, I’ll learn it,’” Matthai remembered. “He responded reasonably, but with some skepticism.” 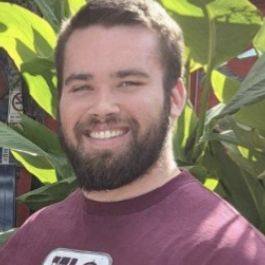 Matthai enrolled in Code Academy and learned on his own, but Fincke was always there to answer questions. Eventually, Matthai was given the opportunity to run his own department, customer enablement, which gave him more experience with code. During that time, he was vocal with Fincke, Hanson and other leaders about his hopes to become an engineer.

“They listened, and the stars aligned. And here we are,” said Matthai. “I was given the opportunity to become an engineer when I thought it was not an option for me. That was a major factor in why I pushed so hard, was so excited for it, and why I still continue to learn in my spare time.”

Hannah Spence joined the engineering team in March as one of the first fully remote employees at RealWork. Unlike Matthai and Hanson, who both live in Austin, where RealWork has an office space, she’s based in Ohio.

But from more than a thousand miles away, she can rely on Hanson to guide her when she has questions that weren’t covered in the bootcamp coding courses she took in 2019.

“In a startup environment, it’s tempting to have a dumpster fire of code that you push for production and cross your fingers and hope something works,” Spence said. “But Joseph is steering us in the right direction. He’s helping us develop professionally in what we might not have gained from years of an official CS degree.” 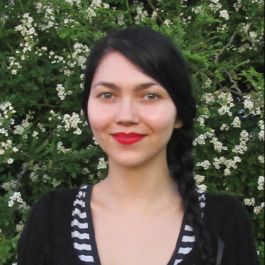 That development results in a strong feedback loop, and for Spence, it involves homework assignments with tips about best practices. It also gives her the chance to work on what matters to her.

’s a lot of learning, and you can pretty much pick what you want to work on,” Spence said.

Even though she’s in a different state, Spence still has a strong sense of the engineering team’s dedication to work-life balance. She relocated to Ohio from Texas to be close to relatives when she had her son last year. Her previous employer didn’t support remote work, and her former boss referred her to RealWork.

“Some people live to work, and some people work to live.”

That referral changed her life: When her son is sick, family is able to help out. And if they’re watching him while she works, she’s close enough to drop off bottles or extra diapers.

“Some people live to work, and some people work to live,” Spence said. “I am grateful for the opportunity to provide for my family instead of just making my whole life about work. That healthy balance makes me like my work even more.”

With a growing product comes a need for more team members to nurture it. For new hires, the current engineering team will be there every step of the way.

“When I was starting out, I didn’t have a lot of managers who would look out for long-term growth,” Hanson said. “They focused on, ‘what are we working on now, and how can we get more done?’”

Hanson is looking out for the long term. Matthai, who describes himself as self-critical, feels comfortable going to Hanson, or any other member of the team, for help because he knows they have his back.

“There’s a whole team behind you.”

“There’s no, ‘Oh, you don’t get this? Really?’ Everybody’s happy to help and wants to help,” Matthai said. It makes him feel less pressure when he starts to overthink or is unsure of what to do.

“There’s a whole team behind you,” Spence said. “If new team members are trying to set up their computer, and they’re stuck, they’ll have at least two or three people who aren’t officially onboarding them just checking in. They’ll schedule one-on-one calls just to build camaraderie.”

Hanson is channeling his experience with RealWork’s founders, and his leadership experience with Matthai and Spence, into developing a team that is open and ready to learn. He looks at where job candidates are in their careers and considers “the holistic person” on the application.

“I like to be a place for new hires to grow,” Hanson said. “There will continue to be new roles and new opportunities for people. If they’re comfortable doing what they’re doing, great. If they want a new opportunity, we have that as well.”

But as the team grows, Hanson hopes to stay true to its cultural roots: “I want to keep the same vision of an enjoyable work environment that people look forward to coming to every day.”

RealWork Labs
View Profile
We are hiring
Responses have been edited for length and clarity. Images provided by RealWork Labs.
Brand Studio