So, What’s Going On With Student Loans Right Now? The Summer Team Has Answers.

After working in wealth management, Bridget Haile became a specialist in managing student loan debt. And not just for her clients — for herself, too.

An enormous segment of the United States population is currently grappling with the financial and mental stress of student loan debt. According to a recent Washington Post story, 45 million Americans are saddled with a collective $1.6 trillion in federal student loans. And the situation isn’t improving, thanks to soaring tuition costs and reduced federal funding. When Haile described student loan debt as “a problem that’s exploding right now,” she wasn’t being hyperbolic.

While there are federal programs in place to provide borrowers with some relief, Haile points out that they’re not exactly intuitive or accessible. 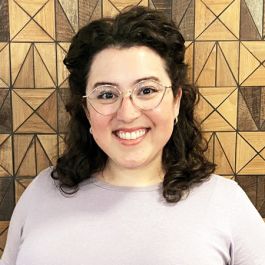 “Borrowers have to deal with really complex government programs and paperwork,” she said. “It’s really easy to mess up if you don’t know what you’re doing, and then you can’t save the maximum amount of money possible.”

Student debt is enough to make many people throw up their hands in frustration, but it inspired Haile to join Summer, a public benefit corporation devoted to helping borrowers reduce their student loan debt through savings and forgiveness programs. As the current vice president of borrower success, Haile now spends her days untangling convoluted requirements for loan forgiveness and deciphering the latest policy changes to federal loan programs, so users don’t have to do it themselves.

“We look at Summer as an accounting firm for student loans,” Haile said. “We help borrowers navigate federal programs, access all of the savings they’re eligible for and file the complicated paperwork so nobody has to do it alone.”

Summer doesn’t lend its own money or collect payments, and employees aren’t incentivized to recommend certain programs over others, Haile said. Instead, the team’s focus is on boosting the financial health of its users through streamlining the loan replacement process and being a go-to resource for questions, advice and guidance around policy changes.

While it may have started out in 2017 as a small startup, Summer is now operating at scale, having served over 75,000 borrowers to date. Its tech has caught the eye of major fintech players, too: In March, the company announced a new partnership with Credit Karma, which could allow Summer to reach millions of new users and put a sizable dent in the student debt crisis. But as Summer’s headcount rises and its tools become sharper, Haile maintains that there’s one thing that hasn’t changed.

“From day one, our interests have been aligned with the borrowers’,” Haile said. “We’re just trying to save people money, and hopefully get them debt forgiveness.”

Tell us about Summer’s recent partnership with Credit Karma. What will this allow your team to do?

We teamed up with Credit Karma to bring our student loan solution to their 22 million members who have student debt. Theoretically, that represents over half of the existing student loan borrowers in the United States. Part of what’s great about this partnership is that it’s powered by our API, so users can get the most out of the Summer experience while using the familiar and trusted Credit Karma interface. We can use our calculations to power recommendations and savings without asking people to leave the Credit Karma ecosystem.

Often, student loans are the nexus of someone’s financial situation. They need to figure their loans out before they can figure out how to save for emergencies, contribute toward their retirement, buy a house or have kids. There are so many statistics out there about how people with student loans delay life milestones because of what they’re paying off. Credit Karma is a wonderful partner for us to help save people money and set them up for the best financial health possible.

Can you provide some context around what’s happening with student loan debt right now?

We’re in an unprecedented moment where most federal student loan payments and interest have been paused for nearly two and a half years, due to the CARES Act for Covid-19 relief. Before payments resume, the federal government is trying to reform some existing programs so that when they do, it won’t be a disaster for the 45 million people who would need to find another $350 (on average) each month to pay for their loans.

I don’t think student loans have ever been more in the news than they are right now, which can be confusing because there’s a difference between policy and proposals. So right now, a lot of proposals are getting their own news headlines, but those proposals are often very different from what actually happens. While there are splashy news pieces being thrown around, like student loan forgiveness proposals, there are some less exciting and more detailed policies that are actually getting implemented, and those are very impactful.

According to Haile, many of the borrowers Summer works with aim to gain relief from their loans through the Public Service Loan Forgiveness program (PSLF), which used to have a 98 percent rejection rate. “I would imagine that number made the people who run the program a little embarrassed,” Haile said. “Now, they’re trying to make enrolling in the program easier. There’s still a lot of paperwork involved, but that’s where our team comes in and makes this program easier for borrowers to access.”
They're Hiring | View 3 JobsSummer is Hiring | View 3 Jobs

What do all of these changes in the student loan space mean for Summer?

Currently, even more payments are paused right now, due to the limited window folks have to access forgiveness through the public service loan waiver, also known as PSLF. We’re experiencing a huge increase in engagement because people are very motivated to access this forgiveness opportunity. We expect that engagement to pick up even more once payments resume.

Summer started small, but we’re now doing this work at scale. One of the ways to help people most effectively with their loans is through a combination of smart technology and smart people. One of those won’t get you all the way there. So we’re hiring smart, engaged people to help more borrowers and increase our capacity. We’re also ensuring that our employees and borrowers have the best tech tools in the market so they can be efficient. That means investing in user-facing and back office tools.

Rapidly changing policies, new proposals and plenty of fine print. How does your team — and new hires — keep up with what’s going on in the student loans space?

One of the first sessions we have for new hires involves giving them resources and information about the student loan landscape. Of course, nobody is going to become an expert after one session. It’s one thing to understand loans and federal programs in a theoretical way, but it’s very different when an individual comes to you with a unique situation and you have to figure out how the rules apply. That’s why we do a lot of test-and-review lessons, where new hires get the right information, make an attempt at answering a question about loans, then go over their answer with someone on the team. In that process, you don’t just learn from reading about what’s going on — you learn from people’s experiences.

Even after onboarding, we’re very collaborative. People will always ping the team if they have questions about a situation or a new policy. Part of what is challenging and exciting about working in a dynamic space like student loans is that we’re discovering new things every day, seeing changes, and coming across new circumstances.

Graduating from startup to scale-up

Intent on reaching millions of borrowers, Summer wants to grow quickly and mature as an organization. To help with scaling and operations, Haile said the company is bringing on key hires who provide the stability and resources to grow efficiently. “We have a new chief of staff, who is maintaining structure, keeping the teams aligned and redefining our KPIs,” Haile said. “That work is critical as we scale, and ensures we’re all pulling together to achieve our goals.”

How does that spirit of collaboration help propel Summer and its offerings?

My team works closely with the product, design and engineering teams. We relay what we’re hearing from borrowers and see how we can use that information to make our product better, as well as how to make the borrower success team more efficient by giving users the tools they need.

We want to turn edge cases into non-edge cases. When Summer first started, everyone’s situation was one we’d never seen before. But once you understand how to handle a new situation, you now have a playbook for other similar cases that arise. The more situations we experience and the more borrowers who we interact with, the more our product and recommendations can absorb that information.

What role does DEI play in Summer’s culture? What impact do DEI policies have on its product?

Diversity, equity and inclusion play a key role here. It’s in our DNA with everything we do: The way we hire, our company policies, and how we communicate and socialize with each other. We don’t just say we have great DEI initiatives, we want to actually have them. We incorporate DEI practices into our recruiting function by writing inclusive job descriptions, conducting blind writing sample screenings and holding anti-bias interview training. We have standardized our raise, promotion and feedback processes, an initiative that came out of DEI conversations we have.

We really emphasize this work from a client perspective, too. One of the things that really stood out to me when I was considering joining Summer was that the company had published articles on the disproportionate effects of student debt on the Black and queer populations. Student debt is something that exacerbates existing societal biases, and we want to be cognizant of that both in the employee and borrower experience.

On any given day, Haile’s inbox might be full of borrowers with specific financial concerns or questions about whether a certain service is trustworthy. She also receives word of life-changing progress borrowers have made toward their financial goals. “I had one borrower who got nearly $150,000 in loans forgiven by working with Summer,” Haile said. “Not only that, but her credit score went up 70 points. It’s hard to imagine work that’s more impactful than that.”
They're Hiring | View 3 JobsSummer is Hiring | View 3 Jobs
Responses have been edited for length and clarity. Images provided by Summer.
Brand Studio