At Slickdeals, powering one of the web’s largest deal-sharing communities is all in a day’s work, but so is cultivating a tight-knit company culture.

Based between Los Angeles and Las Vegas, though it’s been mainly remote in pandemic times, the social e-commerce platform has long aimed to help its customers “win at shopping” and sums up its internal culture in three related words: winning, team, and fun. (They’re aware the acronym is already taken.) To embrace those values, at least once a month, employees don’t start the morning by attending to deadlines or wading through email inboxes.

Instead, they log into a virtual town hall and learn more about the people they work with. Far from a traditional all-hands meeting, though, these internal events resemble live tapings of Jimmy Kimmel Live!, with immersive talk-show stage backdrops and upbeat soundtracks. Co-hosted by Ren Rodriguez and Tara Ayala, workplace experience managers for the company’s LA and Las Vegas offices, town hall meetings can be relied upon for playful banter and memorable moments.

“We wanted to make it a party,” Rodriguez explained.

From murder-mystery Zooms to two-week holiday festivities and daily meditation sessions, all the initiatives introduced by Rodriguez, Ayala, and Slickdeals’ people team aim to keep employees engaged and connected — a mission that’s become even more important during the pandemic.

At the heart of their work is a desire to recognize and appreciate the shared humanity of their colleagues, to ensure no one ever feels hemmed in or reduced to a statistic on a spreadsheet. 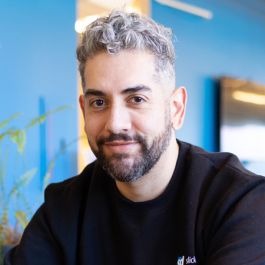 “You don’t separate yourself from home and work,” Rodriguez said. “You bring your entire self wherever you go. If we can create a workspace in which people feel safe, happy, informed, motivated and inspired, those are the themes we’re always trying to reach for. That’s our north star.”

In addition to celebrating birthdays and work anniversaries, Rodriguez and Ayala use the town halls to sit down with individual employees for interviews that go far beyond discussing their range of responsibilities at work. “We thought it would be really fun to hear from team members you may not interact with every day, that you may see on Slack or hear about, to really highlight and get to know them on a personal level,” Ayala said.

“Who are you as a person? What are your passions? What do you do outside of work? How does that influence all the great work that you do inside the organization?” Rodriguez added, describing sample questions. “I would never have known someone had a background in interior design, now that they’re working in technology, but those things influence each other.”

“I think I can safely say we’ve all worked somewhere where we’ve been micromanaged or fitted into a box, where we couldn’t be our authentic or unique selves,” she said. “But Slickdeals is such a collaborative space.”

Equally visible during town hall meetings are high-ranking executives. Through Rodriguez and Ayala, employees can ask questions anonymously to the company’s C-suite, an innovation that’s seen widespread engagement from the Slickdeals team. More than 100 employees attend the town halls, almost half of the company’s total 211, voting on what questions they want asked and allowing the events to serve as an open forum for discussion. 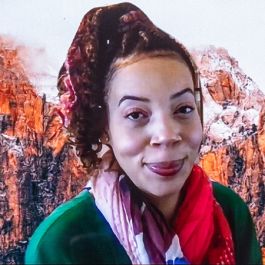 “Just putting the C-suite in the hot seat to answer questions creates these popcorn-worthy moments for me,” Sanders said. “I’m at my desk at nine o’clock in the morning, like ‘Oooh, I can’t wait to see how they’re gonna answer this.’”

And yet answer questions they do. Transparent, open communication is another facet of Slickdeals’ approach to company culture, which emphasizes teamwork over hierarchy.

“Coming in, I realized this place was free of ego,” Rodriguez said. “When I was busy, people would pitch in to help me be successful. What makes the culture really great is this strong community of people and a team mentality. It’s one of our core values.”

For Rodriguez, who worked in production for art and entertainment before joining Slickdeals, this climate presented a 180-degree pivot.

“I knew I didn’t want to be surrounded by finance types, as I felt that wasn’t a space in which I could fully be authentic,” he explained. “But, joining Slickdeals, I discovered it was the complete opposite. There were no suits. There were dogs everywhere, and people playing ping-pong in the breakroom. No one was really stationed anywhere, and we had all these great communal spaces. It was this really interesting dynamic that I’d never been exposed to.”

Slickdeals’ people team recently announced that the company is moving to a “fully flex workplace.” Offices will remain optionally open, but employees can decide when or if they plan to come in.

Though they’ve been accessed less frequently during the pandemic, Slickdeals’ LA and Vegas offices emphasize natural light and striking views. Spacious lounge areas, sustainably-focused design, and a dog-friendly culture all distinguish these in-person locations, and their sense of openness and accessibility reflects the same friendly, laid-back atmosphere that Slickdeals’ people operations team strives to replicate through their events. 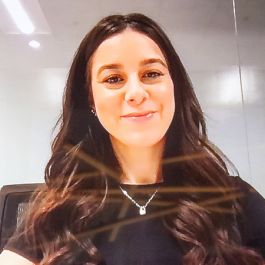 This intention became especially relevant during the pandemic, as the company pivoted to a remote model. It’s done so with a sense of humor; Ayala, who onboarded a year ago, recalls that the senior vice president of people had his Zoom background set to a scene from Office Space during her interview. “This is it,” she recalled thinking. “This is the culture where people can be who they want to be, have fun, and not take themselves too seriously. And you really feel that when you walk into these experiences. People are themselves here.”

Rodriguez was with Slickdeals before the pandemic, while Ayala joined in its midst. Sanders landed at the company just as the world was shutting down.

“I thought Slickdeals was too good to be true,” Sanders said. “I was so excited to work here. I was like, ‘Oh my god, this place is amazing. I can’t believe it.’ I worked three days before they sent everybody home — so, on the fourth day, I was like, ‘Okay, maybe I was punked. Maybe this is not a real company.’”

Now, though, Sanders looks back on her unusual onboarding experience and is appreciative of the way Slickdeals adapted to the rapidly changing circumstances. “They pivoted so quickly,” she said. On her fourth day, Sanders was invited to take monitors, office chairs, and other equipment from the office to work from home; Slickdeals assured her that the company’s networks, systems, and VPN would support her remotely.

“Go work from home, go be safe,” Sanders recalled that the company had stressed. “To successfully pull that off was impressive.”

Connecting the LA and Vegas offices had been a priority for the people team even before everyone went remote. Everything from fabric choices and furniture to widely available technology resources had been implemented at both in-person locations to create a more seamless experience for employees.

“Our goal has always been to unite both offices, as much as possible,” Rodriguez said. In their day-to-day, people team members are constantly communicating with each other and employees across the company, seeking to enrich their understanding of everyone’s priorities and interests. “Anybody can come to the table with any idea, no matter where you are,” he said.

Often, Slickdeals events originate with employees who speak up about something they want to see, with the people team then working to make it a reality. In essence, Sanders picks up where the recruiting team leaves off in focusing on the experience of new hires at Slickdeals; getting to know them personally is an essential part of her position.

“What are you passionate about?” Sanders asks anyone joining the company. “What’s driving you today? How can we bring this to the team, and how can we make the team passionate about it as well?”

During the pandemic, the distance between everyone felt smaller than ever. Sanders credits this in large part to the people team’s efforts, which included more subtle gestures in addition to all the ambitious event planning. Rodriguez and Ayala frequently distribute a newsletter to the team featuring personal stories, designed to be inspirational and informative.

“Adding a personal touch really helps,” Ayala said. “If we feel passionately that something is important, other people will feel that way too, and it creates that community. You have those personal feelings and you can connect more easily with people on that level.”

Rodriguez and Sanders are closely involved with Slickdeals’ diversity, equity, inclusion and belonging (DEIB) committee and with a related scholarship program, set to roll out in the coming months. A labor of love for both employees, the latter initiative has required constant collaboration and more meetings than either care to count, but it’s been building momentum all the while. “We are people of color; it’s a part of all of our individual lives, and so it’s really important for us to find ways to highlight that,” Sanders said.

“We’ve all gone to school, we’ve all earned those degrees, and we all know what it's like to have wished we got a scholarship somewhere along the way,” she added. “I know my student loan balance would have appreciated that. Bringing all of your personal life experiences into work and trying to make it easier for somebody else has been really gratifying.”

For Rodriguez, it’s been motivating to learn that — unlike past workplaces — Slickdeals has the ability to give back and the willingness to let employees drive such initiatives. The company’s DEIB council was formed after the police-perpetrated murder of George Floyd sparked a protest movement around the world, by employees who felt the company’s resources could be doing more to directly assist marginalized communities.

Enabling disadvantaged youth to earn college degrees through a scholarship stems from a similar place. With diversity in mind, the scholarship program will specifically aim to help and learners from different backgrounds in what the people operations team refers to as an extension of the company’s commitment to professional development and organizational growth.

“I always remember this quote that the cure for cancer could be in the mind of someone who can’t afford to go to college,” Rodriguez said. “That’s a really powerful reminder. For me, it’s about asking where we can put this money and how we can help people that are passionate about making a difference to empower other people’s lives.”

Drawing upon his own personal experiences, Rodriguez also takes pride in the mental health initiatives he’s expanded at Slickdeals, from informational seminars to guided meditation sessions.

“People can learn more about themselves through us weaving that mental health space into the culture of who we are as a company,” he said. “We care about your mental health. If you need a break, let’s take one or guide you to meditation sessions you can take advantage of; and over here are additional resources we have. Being able to bring my own personal journey into the fabric of this company has been my biggest win.”