Everything changed for Kaivona Parker when she stepped up to support her sales team at Torch Technology while the present training manager was on paternity leave. 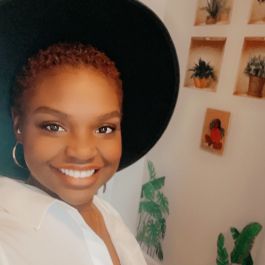 “I saw a strong business need to update the training program,” said Parker. “I’ve been doing trainings for a while — I was a training manager at Yelp for four years — so it made sense to dive into that.”

Parker joined the dental e-commerce company in March 2022. The timing of Torch’s substantial growth and her training manager experience led her to support the team in revamping Torch’s training process.

“In my third week, I did a training on adding to our sales process — and within a week of that training, there was a huge lift in the number of opportunities being created,” she said. “From there, I made suggestions like, ‘we could do this training, and that training,’ and so on, until I proposed I make the transition to just doing that kind of work.”

Torch’s leadership responded positively to her initiative. While Parker had initially been hired as an account executive manager, she soon took over as sales enablement manager and led the charge to create an all-new system for training for sales development reps and account executives.

“It’s my baby,” she said, unable to keep the smile off her face.

Parker’s project came at the perfect time: Torch is experiencing substantial growth. A strong onboarding and training program ensures that its new sales team members will be able to hit the ground running and contribute to Torch’s success. And conversely, that success will motivate and encourage the company’s sales reps as they develop.

“They can feel competent calling a practice and saying, ‘Hey, we’re working with thousands of practices in your area,’” said Parker. “It creates feel-good energy, and it’s really empowering when someone’s making their first call.”

BizOps Principle Christian Anastabiades started monitoring Torch the moment he heard about it. 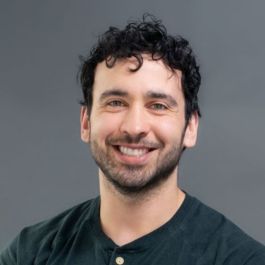 “The idea, to me, was genius,” he said. “Dental is an antiquated industry that we’re building and digitizing. That’s not a common opportunity — almost everything is already digitized these days.”

Torch fills an essential need in an important industry, which continues to allow us to grow through unstable economic conditions unlike many businesses. And while Anastabiades didn’t have the chance to sign on until recently, more seasoned employees have seen the startup evolve dramatically — and have taken advantage of the opportunities that opened up as a result.

That group includes lead account manager Kirby Peck, who was employee 11. Over the course of his 3-and-a-half-year tenure at Torch, he’s moved from outside sales as an account executive to leading the account management team taking care of and retaining current customers.

“That’s the biggest thing — not only are we getting more practices, but we’re retaining those practices as well,” said Peck. “The role I’m in now didn’t exist a year and a half ago. We’ve been able to grow so much that we not only needed my position, but we need to bring more people onto the account management team.”

Growth opportunities aren’t limited to tenured employees like Peck. Anastabiades joined Torch to help with onboarding and operations, but grew quickly into a more collaborative role building out the overall customer experience team.

“It’s very much a startup experience,” he said. “Everybody’s learning and growing quickly across the board — the opportunities keep appearing. And we’re very blessed with good founders that help drive the areas of focus so people can build competencies.”

In a niche industry like dental practice, it pays to promote from within.

“It took me a while to see how this industry works — it’s a little bit quirky,” said Peck. “It makes sense to look internally, since we have experience talking to doctors and know what the internal operations of practices look like.”

“We hire externally, too, and I wouldn’t have a job if we didn’t,” said Kaivona. “But we want to make sure we retain and promote our people, because the longer you work with dental practices, the greater you’ll get at that work — and the more successful we’ll all be together.”

“The longer you work with dental practices, the greater you’ll get — and the more successful we’ll all be together.”

And to kickstart and enable that success, Torch has developed a strong training program for sales development reps and account executives alike — one that gets them in front of customers quickly and gives them every opportunity to grow and succeed.

“Every three months, there’s a new cycle,” said Parker. “We started this one in October — October and November I’ll work with them, and in December we will implement everything. Then I have the first half of January to reset before the cycle starts again.”

Parker’s current onboarding class is 18 people, and she’s expecting to receive 14 more in the next cycle. When they arrive, they’ll get a clear, day-by-day outline of their first two months on the job — two weeks of education on the industry and Torch’s role in it, and they’ll be on the phones by week three.

“We have a certification exam at the end of the second week,” she said. “It’s really to empower new team members — tell them that they know their stuff.”

Their training isn’t finished after that exam — they’re further buoyed by live calls with reps and opportunities to ask questions of tenured employees. But there is a ceiling of available knowledge without hands-on practice.

“I think the best way to learn is by doing, but we want to give them all the tools they need prior to that,” said Peck, who helps train and coach account managers .

Value in Action: Bias for Action

“We live the value of bias for action in our training programs,” said Anastabiades. “It’s okay to make mistakes as you’re figuring things out, and you get a ton of support from the team cross-functionally.”

Parker’s onboarding material isn’t just designed to make new hires capable in their current position — it also sets them up for growth by outlining both the expectations for their role and the metrics they need to hit to overachieve and advance their careers.

“We’re very conscious of not making it time-bound, because we don’t want to hold back people who are overachieving. We’ve got three promotions from October to November, and they’re all at different stages — one of them has only been here for three months,” said Parker. “We want to give you the power to own your own development. Nobody’s going to care about your career more than you, and we want to give you the opportunity to shine and move up as quickly as you can.”

Even now, these trainings are far from finished. Parker, Peck, Anastabiades and other members of the Torch team are always listening, collaborating and improving their processes based on feedback and new needs that arise.

“Maybe four months ago, we had a rep in training who said she wanted to make her own calls — before that, they were so new that they had to give their calls to another sales rep,” said Parker. “She asked if there was a way to certify her to take her own calls. I thought about it, and there was — and we implemented it as soon as we could.”

Value in Action: One Team

“Our core value of one team could not be exemplified more,” said Parker. “When there are hiccups, everyone genuinely has the heart to make sure that any issues get resolved.”

The cultural pillar that rewarded this rep’s initiative is the same one that allowed Parker to take on the training project in the first place — and the same pillar that’s supporting Torch’s agile growth.

“There are so many instances of initiative being rewarded, even on a rep level,” she said. “We’re always taking feedback and taking actions on that feedback. It’s one of my favorite things about Torch: We hear an idea and think, ‘that’s a good idea! Let’s do it.’” 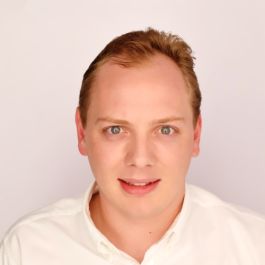 “At a big company, it feels like you’re steering an oil tanker,” Peck said. “It takes a long time to turn it around. At Torch, it’s more like a jet ski. You turn left, and you’re going in that direction. Nobody’s afraid to share an idea and we’re not afraid to make changes.”

For Peck, this foundation of collaboration and growth feels like just the beginning. The dental industry needs someone to guide them into the digital age, and Torch is filling that role by adapting and growing quickly with new ideas.

“I meet with our founder on a weekly basis, and a lot of those conversations are about what the next step and future looks like — how we can take it to the next level,” he said. “We’re really focused on how to maximize impact — that’s another of our core values.”