Professional Development Is the Pipeline to Success at MVF

In 2015, MVF sent Charlie Parkin, now vice president of sales, and one other team member to Austin to launch the U.K.-based adtech company’s U.S. office. For seven years, the outpost served as a sales branch where employees could easily connect with American clients as they formed a robust internal culture. In May of 2022, leadership expanded operations even further. MVF sent five members of its marketing team across the pond to build a brand-new division solely focused on the U.S.

An expanded U.S. office with complete sales and marketing teams means MVF is taking on new audiences and industries as it constantly evolves. And new territory means new team members –– as well as new opportunities to learn and grow. 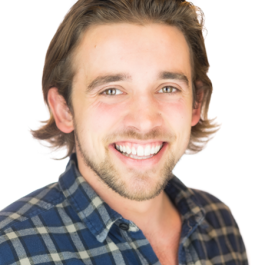 “We see the biggest opportunity globally in the U.S., so we are investing heavily in the development of our people,” Parkin said.

At MVF, career progression comes in many forms. Informal collaboration and learning compliments structured education and development programs that allow employees to stretch their skill sets no matter where in the world they may be based. When employees are ready for a new challenge, they can take advantage of skills-builder presentations. If long-term growth is on their mind, they can use their training budget to help them get to the next stage.

Built In Austin sat down with three of MVF’s Austin team members to learn how MVF promotes from within, bolsters career development and utilizes a collaborative structure to help employees upskill.

MVF’s customer generation platform allows businesses to accelerate their own growth with the power of data. MVF is growing quickly, and it’s doing so with its people in mind. The Sunday Times ranked MVF first in the U.K. on its Best Companies to Work For list in 2020. It made the list six additional times prior.

At MVF, there are plenty of opportunities to learn and progress through informal or spontaneous moments for growth.

“MVF is a great place to be because you learn so much, especially in the first two years,” Biddable Marketing Lead James Murphy said. “People encourage you to learn, to apply yourself and share information across the team.”

Murphy joined MVF as a marketing executive straight out of college. In his first year at the company, his manager took note of his scientific approach to testing marketing initiatives. Then she scheduled him to present it to the entire team. It was nerve wracking. But in the end, he was grateful for the opportunity and exposure.

It was one of many times Murphy has been pushed out of his comfort zone at MVF. The most recent, though, has been through his extended time spent in Texas to join his peers on sales and marketing. Murphy admits he still had a lot to learn about the U.S. market when he joined the team. But that didn’t stop him from taking initiative. 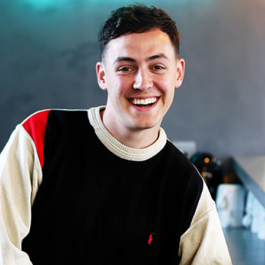 “We have established processes in the U.K. that we’ve been using for years. We had to adapt them so they were suitable for the U.S. market,” Murphy said. “I had to do a lot of research on my own. I talked to people on the team and learned on the ground as I went along.”

Formally Filling in the Gaps

Off-the-cuff learning isn’t the only way to move up in the ranks at MVF. Structured development opportunities include an evolving but robust, onboarding program. When Director of Sales Emma Stewart joined MVF as an account executive soon after the U.S. office opened, the team was small, and training was less structured. Everyone wore a lot of different hats.

“We were all figuring it out together,” Stewart said. “Even if you were an account executive, you might help somebody on calls or train somebody or onboard a new person.”

When she was promoted to a senior account executive, Stewart hoped to focus on training, mentoring and really spending time with new hires. 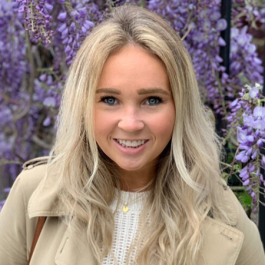 “I spent a lot of time with sales managers and people who had recently gone through training to figure out their experiences and where the knowledge gaps were,” Stewart said.

She took note of gaps on her own team, what she wished she could have learned early on and mistakes she or the team made as they grew. With new autonomy over the onboarding and training process, Stewart started to formalize the unofficial training procedures to set new employees up for success.

The onboarding program, otherwise known as Sales Academy, has evolved to currently consist of a six-month training regimen. That training includes educational sessions and hands-on assistance from sales leaders. For those with limited or no prior sales experience, a clear timeline helps them gain experience to eventually step into the role of account executive.

The Sales Academy launched around the time Stewart started, and is what the self-described process-oriented leader is currently working to further develop.

“We’ve added sessions on cold-calling, setting up email campaigns and time management,” Stewart said. “It’s a three-month process during which employees focus on learning how to do their jobs.”

“When people come into a role, they want to see a clear progression path and to understand how to get there. They don’t want to be in the same entry level job for three years while they wait for the next thing to be open,” Stewart said.

As she implements the program, she’s keeping an eye out for exactly how the next generation of “MVF rockstars” will push the company forward.

“They’re changing the way that we’ll be doing things five years from now,” Stewart said. “Getting to see that development is really exciting.”

A Plan for Everyone

When it comes to professional development and training, the Sales Academy is just the start. All employees have an annual growth plan, which includes 360-degree feedback, a training budget, and constant exposure to different individuals and functions throughout the company and abroad. The promotion track is swift, and there’s associated training with each leadership level. Parkin has gone through it. And with the knowledge he’s gained, he’s effectively built a sales team and launched subteams and functions within the larger sales organization.

“The support that we give is hands-on. We don’t just cast team members off with our fingers crossed that in a year, they can get promoted,” Parkin said. “We lead from the front.”

That leadership strategy is not only transparent. It undoubtedly works across the globe.

“People who stay or leave unanimously say that MVF cares,” Parkin said. “Our approach to professional development is clear. It shines through.”