Superheroes are great for a struggling city.

Batman reduced the crime and corruption that riddled Gotham, going above and beyond to eliminate any villains that threatened civilians. Citizens depended on him. But what would Gotham have done without Batman’s help?

On a smaller, more realistic scale, that issue happens all the time in business. There are heroes at every growing company — individuals who go above and beyond to move the business forward by tackling duties outside their job title — and they’re crucial in those early days.

“But as organizations grow, heroes become a risk because the hero is a single point of failure,” Chi Hoang, Ontra’s VP of engineering, said.

When Ontra’s principal engineer was on vacation, one of the processes he was very familiar with failed. The same process had failed before, but this hero took care of the problem and minimized the disruption. Not this time. In his absence, no one knew how to address the issue, so it took a team of individuals to dig through Ontra’s code and find a fix. 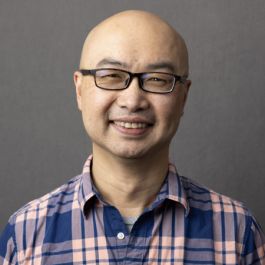 It also reinforced a concept that Hoang has emphasized ever since he joined Ontra three months ago: Eliminate the need for heroes.

Ontra is no longer a startup. In 2022, the contract automation and intelligence company looks to double its headcount from 200 to 400, and is relying on Hoang’s experience scaling engineering organizations during periods of exponential growth to do so.

That requires developing repeatable processes and organizational shifts. What will that look like at Ontra, and how will Hoang lead the way for his engineers? Built In LA sat down with Hoang and two of his teammates to find out.

In just over two years, Ontra’s VP of Product Mitch Spierer has seen firsthand the benefits of collaboration. One of his favorite aspects of working at Ontra centers around a company philosophy that spurs creativity, problem-solving and teamwork. It’s called empowered teams.

VP of Product Mitch Spierer: The ultimate goal is to form cross-functional teams that collaborate on objectives together. For example, you’ll have someone from product, design, front end, a number of engineers, a tech lead, QA engineers and an embedded data analyst. Together, this whole team is like a mega-team. They have everything they need to own and tackle objectives. From there, it comes down to taking ownership as a team and open communication founded on a belief in positive intent. 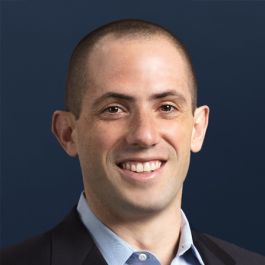 An example is when we set a strategic company objective to bring document intake directly into our app to streamline the process and free up our lawyer partners to focus on their practice.

Tasked with the measurable objective, our team was empowered to work cross-functionally to build new product features, hire and train specialists, and work with our customer and lawyer community to own the roadmap and bend the curve on the objective.

What are the challenges of exponential growth?

Spierer: The challenge is that processes and job functions change frequently — every three to six months you’re performing a different role. But that’s also the exciting part. The constant change provides amazing growth opportunities, both in terms of career development and the opportunity to tackle big problems.

For example, one big change that Erich Uher, tech lead, and I implemented when I joined Ontra was the introduction of agile processes, scrums and estimations. We used them ourselves, then leveled-up our teammates and armed new team members with the knowledge. Two years later, these are our baseline processes. Now, we’re focused on systems and scaling. All of this growth and change just creates a whole different level of rigor. It’s constantly leveling-up.

How has the concept of eliminating the need for heroes impacted your job and team since Chi’s arrival?

Since Chi has joined, we have leaned into our focus on measurement, documentation and data-driven development, and it has already enabled our internal support functions to increase efficiency in addressing routine support requests. It has also allowed us to design and build self-service systems for our internal stakeholders that have, in some cases, removed the need to have an engineer involved at all!

The process of eliminating the need for heroes is really about democratizing the hero’s knowledge so that anyone on the team is empowered to save the day.

In just a few months, Chi Hoang’s teammates have already associated the VP of engineering with two commonly used words: positive intent. It’s a practice Hoang lives by, and one that is especially important as Ontra continues to rapidly scale.

What is positive intent?

VP of Engineering Chi Hoang: It’s a mindset. At Ontra, we have five core values: respect, openness, continuous improvement, accountability and results. But what complements our core values is the concept of positive intent. When project outcomes don’t match expectations, we assume positive intent and don’t attribute the source to malice, but rather look for misalignments that we could correct to achieve the desired outcome. That’s the mindset of positive intent.

The hiring landscape is competitive. How is Ontra separating itself from the pack?

Hoang: We care deeply about being a great place to work and we know we can give employees the opportunity to learn and grow. Our hiring process allows prospective talent to see themselves here. We do this by ensuring every candidate meets cross-functional team members and even though we are no longer a startup, both myself and Mitch, our VP of product, still make ourselves available to every candidate. We recently overhauled our compensation model to ensure we remain transparent, equitable and highly competitive. We’re also increasing our recruiting efforts to attract diverse applicants, including setting specific shared company goals around diverse hiring. For example, we participated in the Women Impact Tech conference as a gold sponsor.

Want to know what it’s like to be an engineer at Ontra? Just check out their blog. This year, Ontra is premiering its first-ever engineering blog, where engineers have the opportunity to speak their truth and write about the cool things they’re working on.

When Erich Uher joined Ontra almost six years ago, he was one of a dozen employees. Today? He’s one of around 240 and counting.

With rapid scale, the tech lead has seen a lot of change at Ontra. And that’s exciting, but it also comes with challenges.

How has Ontra evolved in your time with the company?

Tech Lead Erich Uher: I’ve seen a ton of growth. I often tell people, it feels like I’m auditing an MBA course on how to grow a business. I’ve seen sales departments develop and mature, along with the introduction of marketing departments and people operations. This evolution has all been focused on improving communication. 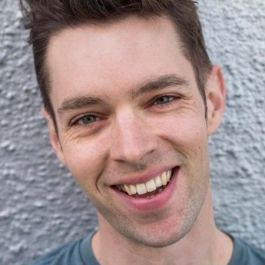 In this time, I’ve received great mentorship. That’s partly why I was drawn to Ontra in the first place — its culture of openness and mentorship. It really paved the way for me to evolve from a junior engineer to one who is owning important new features. From there, I was able to transition into managing an engineering team. As Ontra has evolved, finding new places to learn and grow has been a part of my personal story.

How has the concept of eliminating the need for heroes impacted you since Chi’s arrival?

Uher: A great example of a newer practice to eliminate the need for heroes is our support engineer rotation. Earlier in the company’s history, a small team of engineers handled the majority of high priority ad-hoc requests. As these requests grew, it became difficult for these few engineers to build more useful features as they spent more time addressing the requests and also made us more vulnerable when the “heroes” weren’t available.

We’ve now evolved to have a weekly rotation where each full-stack engineer takes turns handling the support requests and closely documents how each issue is fixed so that any engineer can reference the documentation and provide support the next time something similar comes up.

What projects have you been involved with that are built around the concept of empowered teams?

I think of empowered teams as having all the right personnel to make decisions as an independent group and own all phases of implementing a project. This is especially valuable for the most complex features we build where we rely on team members with different specialties each having a deep knowledge of the purpose and details of the application and its users. We had to redesign the Insight product, which allows asset managers to ensure that the obligations outlined in a complex fund documentation are met, at an early stage to make it more flexible for our users, and it would have been so much harder to do if we needed to introduce the historical context to every specialist to implement it.