The Power of Stories: How Homebot Anchors Their Company Values

This year at Denver-based Homebot, leaders at the client engagement and retention platform — aimed at disrupting the mortgage and real estate space — revisited their founding values. In the process, they transformed their beliefs from broad ideals to a true reflection of what Homebotters appreciate most about their company. And they uncovered those values by telling stories. 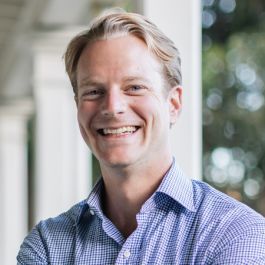 When VP of People Operations Caroline Ellis and CEO Charlie Pratt committed to a new look at Homebot’s values, they started from a key question: Who is Homebot today, and who do they want to be?

Nobody could answer that question better than Homebotters themselves, so in January, Ellis and Pratt put the question in their employees’ hands. During breakout rooms at the quarterly all-hands, employees were asked to share the authentic moments that made them proud to be Homebotters. 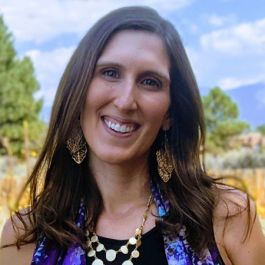 “I thought it was really amazing to be in that remote Zoom room with three other people — two of whom I only knew by name — all being so open and sharing some really vulnerable experiences,” said Ellis. “And I was able to share and be vulnerable, too.”

As Homebotters narrowed down the words they used most frequently to describe their culture, they were added to a massive word cloud.

“The words that resonated most were larger in the cloud,” said Nina Hein, director of inside sales. “And we had some really big words in our word cloud. Many of us were saying the same thing about where Homebot is and where we want to go.”

Ellis and Pratt now had a new mission: Turn the words their people gave them into new core values that truly represent what Homebot means to its employees.

Ellis and Pratt needed help — from both outside and inside the organization.

They brought in a facilitator that specialized in mediating large meetings and re-framing values. Her expertise helped them design their new values and shape their rollout.

“She made us uncomfortable in a really healthy way,” said Pratt. “She forced every single department leader to come up with examples of people who really embody the best in Homebot.”

Those examples informed who they chose for their internal help. Before rolling out the new values, Ellis and Pratt needed the buy-in of Homebot’s culture carriers — people who embody Homebot’s culture and values, like Nina Hein. 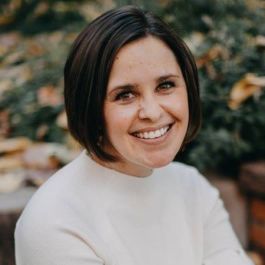 “I was extremely honored to be in that category,” said Hein. “I knew immediately that we were taking what we collectively did with the word cloud and putting it to use.”

The team had its values in hand — now they had to roll them out. And they did it the best way they knew how: with stories.

“In order to have values that stick, you need good stories to bring them to life.”

What about the new values resonates with you?

Pratt: I want to talk about “eye on the ball, hand in the dirt.” What I like about it is that it not only resonates with how individuals should operate, but also with how teams should think about operating — I think a lot of the values have the same kind of duality. This one is a great reminder for any Homebotter to make sure they’re understanding the why behind their work. And there’s another piece for leaders — you need to know when to get in the trenches with your team. Being able to get into the weeds of what your team is working on and being able to contribute is something that’s embodied in many ways at Homebot.

Ellis: “Humbly hungry” is my favorite, not just for the alliteration but because it perfectly describes how at Homebot, we stay curious. We regularly engage with each other to problem solve, but we do it without any ego. I think the reason we have a five-star Glassdoor rating is that we have incredible people that work here that don’t approach anything with ego, or with “I’m right, you’re wrong.” It’s very much a community of people, and we are humbly hungry.

Hein: Our old values could probably resonate with anyone, but the new values are unique to Homebot and they’re memorable. But my favorite part is that they actually challenge us. It’s helpful to know that Homebot is encouraging me to get out of my comfort zone. It’s okay to push ourselves. It’s okay to be wrong. The values aren’t just pillars to say “this is who we are” — they get us thinking.

Built From Its People

Homebotters didn’t expect April’s quarterly review to be anything special. Sure, they’d asked a few times if leadership was doing anything more with that word cloud — they’d wanted to know that those stories made an impact — but it wasn’t at the front of their minds.

But in the final hour of the meeting, the air shifted noticeably. Homebot’s co-founders — all of whom had transitioned out of a direct role in the company — swung through the doors and took their reserved places in the front row. Charlie Pratt and Caroline Ellis took center stage.

And then, on the projector screen in all its glory, came the world cloud.

Ellis broke everything down — the old values, the impact of the January meeting, and the months of preparation that led to this rollout. Notably, nowhere in Ellis’ introduction did she spell out the new values — that job was given to culture carriers and directors, who took turns telling stories about people or moments that truly embodied each new value. Among those presenters were Hein and Pratt.

“My story was about last summer,” said Hein. “We all got together as a company in person for the first time. Each employee made a point to go talk to other people at the company that they hadn’t met yet, and had legitimate conversations about family, life, friends and what they do outside of work. I got home at around two in the morning, and I usually go to bed at nine — it was just so much fun to be together.”

As each presenter spun their tale, the blank slide behind them filled with photos of the story’s subject. It wasn’t until the narrative’s conclusion — when emotions were highest — that the connected value was revealed. The new values truly represented Homebotters, and these stories were the proof. Pratt believed it had always been this way, and told his own tale by tying a new value directly to Homebot’s founding story.

“When I thought about the value of challenging limiting beliefs, I immediately thought of Ernie, one of our co-founders,” said Pratt. “Investors placed a high degree of skepticism towards Homebot’s business-to-business-to-consumer model. Many suggested that Homebot should be focused on going straight to the consumer. Ernie had conviction in his idea, despite receiving a ‘no’ from 100 potential investors. He did not let the ‘nos’ defeat him and he ended up building an incredible business because of his ability to persevere.”

From the front row, Ernie beamed with pride. Homebot may be rolling out new values, but they weren’t truly changing the foundation — its values were being rewritten to reflect the people. They’d always been there, but now they could shine as a guiding star.

What made the April all hands meeting successful?

Ellis: For Homebotters seeing this for the first time, seeing coworkers talking about the values and seeing other coworkers get recognized just had such an impact. It really helped with the buy-in. The feedback afterwards was so powerful — people really loved how the values were rolled out.

Pratt: In order to have values that stick, you need good stories to bring them to life. Caroline and the team did a really good job of having eight or ten people come up and speak to them and share really meaningful stories.

Hein: What I found ironic was that “humbly hungry” was the one value that I didn’t actually resonate with. And then to learn that I was nominated for it, I realized that values are just words and phrases until you actually create discussion around them — and that’s really where the culture piece comes into play. We all have different meanings, and we’re going to keep talking about it and watch our values grow outside of the words or phrases that they are.

“The values aren’t just pillars to say ‘this is who we are,’ they get us thinking.”

When Pratt’s favorite business writer, Jim Collins, looked for overlap in values across the most successful businesses, he found — to his surprise — that there was almost none. Instead, what united them was that their values were passionately held and used as guiding principles. And after Homebot’s April all hands, they definitely meet those criteria.

“For core values to serve as guiding principles, they need to strike the right balance between reflecting reality and serving as inspiration,” said Pratt. “I think they should play into what makes a given company unique, so that they stick and become memorable.”

Now that Homebot has taken great care to create meaningful values, they can’t sit on their laurels and let those values atrophy — they plan to make them last.

The stories of people’s best moments at Homebot not only guided the formation of their new values, but made the rollout impactful. Now, as Homebotters move into the future, they plan to hear and experience new stories inspired by the challenge their values put before them.

How are you going to keep Homebot’s values top-of-mind moving forward?

Ellis: We’ve already rolled these values into our hiring process — when people ops does our initial phone interview, we’re asking questions targeted specifically to if this person is going to align with our values. We’re also making this part of our annual review process, and we plan to have our values show up visually in the workspace. On top of that — and I’m really excited about these — we’re going to do awards at our quarterly all hands alignment. A couple weeks before the meeting, we’re going to ask for nominations of individuals to be recognized for each value. We’ll keep the ritual from the April all hands of having stories and people associated with each value.

Pratt: It’s not just about celebrating somebody who did a great job — it’s about re-hashing the definition and continuing to bring those core values to life. So many of the things that Caroline said are so self-reinforcing — I think there’s not one thing you can do. It’s a collection of constant reinforcement.