At Handshake, Your Growth Isn't Limited to the Role You're Hired to Do

At Handshake, professional growth is a priority from day one.
Written byBrendan Meyer

Looking for that big break? Sometimes, all it takes is for one person to see something in you that you don’t necessarily see in yourself.

That’s what happened to Mark Riley. He’s the senior manager of sales enablement at Handshake — but he wasn’t originally hired for that role.

Instead, Riley joined the company as an account executive with three years of prior sales experience. In April of 2019, he became Handshake’s first dedicated enablement manager, running the program as a one-man team for two years. That experience prepared him for his current position in sales enablement — an entirely new function at the company and a position that Riley never initially thought was a possibility. 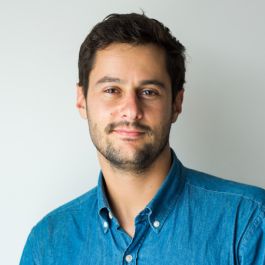 “I was blessed to have the full support of our Chief Revenue Officer Brett Skale, who saw something in me that I didn’t see in myself at the time,” Riley said. “All of our managers were incredibly helpful during the transition, giving their time and energy to my hundreds of questions.

Even CEO Garrett Lord messaged him to share his excitement and congratulations.

Riley said all of this is emblematic of Handshake’s culture — one that supports and encourages professional growth.

Sound like a company you’d like to join? You’re in luck. Handshake is hiring for a swath of positions across the business.

Handshake is the place to launch a career with no connections, experience or luck required. Handshake’s community includes 21 million students and young alumni around the world from 1,400 educational institutions, including four-year colleges, community colleges, boot camps and 290+ minority-serving institutions. The platform connects up-and-coming talent with 650,000+ employers. Handshake is headquartered in San Francisco with offices in Denver, New York and London.

Tell me more about your role at Handshake.

I was promoted to senior manager, sales enablement in the fall of 2020 and began building out the team in early 2021. I lead sales enablement for the 200-person employer go-to-market team. The enablement team is currently made up of four individuals — an enablement manager, instructional designer and customer experience enablement manager. We have a plethora of responsibilities, but our guiding principles are twofold. One, ensure every new hire is set up for success. Two, provide ongoing learning so that our people can continue to progress in their careers.

What are some unexpected ways in which your company has supported your career journey?

I’ve probably done 300 interviews in the past four years at Handshake, and I get the question “What opportunities for growth are there at Handshake” all the time. I always answer the same way. “Pick a company that will allow you to grow.” You could be the best sales development representative (SDR) in the world and make one thousand cold calls a day, but if your product stinks and your company isn’t growing, you’re not going to become an account executive. Think of growth as you being a microcosm of the bigger picture; if the company grows, so will you.

In my journey, that meant joining just after Handshake had raised a Series C funding round, 10x’ing revenue in a year and adding a ton of new salespeople. Had those conditions not been in place, I never would have had the opportunity to build our enablement function. Handshake’s growth has enabled my own growth, and in turn, allowed me to expand enablement from a one-person function to a built out team and org. I always had the desire to expand my skill set into management, and being at a company that required scaling up gave me the opportunity – and mandate – to grow.

What professional development opportunities or training programs have you taken advantage of at Handshake?

I was able to attend a week-long instructional design and delivery course run by the Association of Talent Development (ATD) just before the world shut down in March 2020. We have a very generous learning and development stipend at Handshake that covered the course and associated travel. I liken my career before and after that course to a doctor before and after med school — it equipped me with the theory I needed to do my job well.

Additionally, I’ve had the good fortune to have one-on-one coaching with an external coach, which Handshake provided. These ongoing sessions have helped me transition to being a manager. I’ve worked with my coach on navigating difficult conversations and delegating effectively. I felt much more prepared in my first foray into management after having that opportunity.

“If you asked the names of people who have moved upwards or laterally at Handshake, I’d be listing them for five-plus minutes.”

How has your work changed in your new role, and in what ways has it remained the same?

What has changed is that we added 200 people who are just as committed to these two goals as we were as a 15-person GTM team back in 2018. I take a ton of pride in embedding the culture of Handshake into the onboarding experience. What you see on your first day is the same mold for how you’ll think, work and talk throughout the entire time you’ll be at the company. I’ve seen new teams literally sprout out of nothingness, and have had to figure out how to support the change management and training for those teams along the way.

The last thing that’s changed is the most meaningful — I now have the privilege of leading three others who have dedicated their work to enablement. Leading a team is an incredibly rewarding process. It’s no longer just about you.

If a friend were considering applying to a job at Handshake, how would you characterize the potential for moving up?

I’ve seen most SDRs who come through Handshake get promoted to AEs, customer success managers and account managers. I’ve seen countless individual contributors (ICs) become managers. I’ve moved from an IC role to a manager. If you asked the names of people who have moved upwards or laterally at Handshake, I’d be listing them for five-plus minutes. It’s not about what companies say they do to support growth. It’s about what they do.

And I’ve seen it done time and time again here.