At Crypto Company Messari, The Future Is Female

Jasmine Lee would like to give Hera Kim a shoutout.

Kim was hired as the first female software engineer at Messari, a crypto market intelligence company. Lee is the second.

And especially in software development, that’s a big deal. Of the 50 most lucrative crypto companies, with 121 total founders, only five founders were female, according to Crypto Head’s Cryptocurrency Company Index.

“It made it a bit easier for me to join and not feel like the odd woman out,” said Lee, who started in September.

During the interview process, Lee felt heard and like veteran team members were receptive to her thoughts and ideas. Especially as someone new to the crypto space, the industry’s fast-paced movement and willingness to challenge traditional financial institutions made Messari both exciting and more approachable.

“The culture feels very curious,” Lee said. “People are encouraging about asking and answering questions here. Crypto has so many rabbit holes and changes so quickly that everyone is learning new things every day. That’s part of the fun.”

Messari is a market intelligence organization that brings transparency to the crypto economy. Its research helps stakeholders make better, more informed decisions and navigate the industry with confidence. “We’re leveling the playing field,” Bus said. “It's our mission to provide transparency to the crypto economy. A certain part of what we offer is freely accessible to everyone. That in itself helps women just as much as men.”

The welcoming and curious culture allowed Lee to implement new ideas in her first weeks at Messari after she noticed an opportunity to improve the team’s code base.

“Telemetry is really important to us,” Lee explained. “It’s the idea that after you release software out in the wild, developers should have metrics about how it is doing. We were missing that information.”

But not for long. Thanks to Lee, the engineering org now has charts, metrics and logs about how well its software is working. 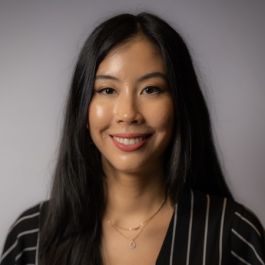 “That was really rewarding. I felt like I immediately offered something impactful and useful to the broader engineering org in my first month,” Lee said.

There’s room for ideation like Lee’s at Messari. The company has grown quickly, but it’s still small enough for team members to make direct and identifiable contributions and feel proud of the work they do.

“Businesses thrive when there are people with diverse backgrounds that bring different perspectives and skill sets.”

Messari hopes that space for innovation, coupled with its welcoming environment and room to grow, will bring more women into the crypto space, where gender diversity is lacking.

Messari is taking tangible steps to attract more diverse hires, especially women. The company established a recruiting team this summer, and leaders like Maartje Bus, head of research, who was hired to build out and lead Messari’s research team, pay special attention to gender-diverse applicants.

“Businesses thrive when there are people with diverse backgrounds that bring different perspectives and skill sets,” said Bus. “It fosters ideation and creative problem solving. As a high-growth company, that’s what you need to face the diverse challenges that are in front of you. In a male-oriented industry, it is noticeable if women apply.”

When women are hired, they automatically become a part of Women of Messari, a dedicated Slack channel that holds office hours and other opportunities to connect.

“Businesses thrive when there are people with diverse backgrounds that bring different perspectives and skill sets.”

They’ll also find opportunities to learn from the jump. Lee’s background is in object-oriented programming, and she primarily used the programming language Ruby. But Messari’s focus is functional programming, and the engineering team uses Golang.

“It’s a whole new way of thinking and coding that I have not explored before, and it’s very different,” Lee said.

Her team is still small and poised for impact, and Lee feels like Messari is a place where she can grow her technical skills and career, especially because her teammates are eager to help her do so. On a daily basis, Lee receives calendar invites to learning sessions about NFTs, subgraphs or bridges. As a newcomer to crypto, she finds that accessibility invaluable.

Messari invests in training opportunities, too, and this year, the company introduced a $1,500 learning stipend and hired a learning and development leader who will spearhead professional development opportunities.

A startup within a startup

Learning and growth come in many forms at Messari. Bus’ side of the business is effectively a startup within a startup, and it’s been rewarding for her to witness and contribute to its scale. She’s learned invaluable skills as a leader — namely, communication. 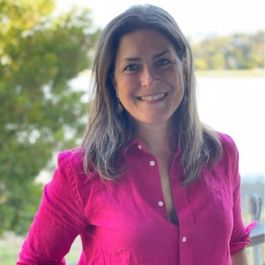 Bus’ team is composed of people from diverse backgrounds who are at various stages in their careers.

“What you intend to communicate and what people receive on the other end are not always the same,” Bus said. “That is something you have to be careful and thoughtful about.”

The Future is Female

The crypto workforce isn’t the only aspect of the industry that seeks to diversify. The majority of people who invest in crypto are men. According to a July 2022 report by decision intelligence company Morning Consult, 72 percent of U.S. cryptocurrency owners are men, but they represent just 48 percent of the population. On the other hand, women comprise 52 percent of the U.S. population but are just 28 percent of crypto owners. But studies indicate that might not always be the case. Fidelity’s 2021 Women and Investing Study found 22 percent of women want to learn more about crypto.

She’s also learned that crypto professionals are accessible. It’s an opportunity, Bus said, for women to learn more about the industry.

“Women should not feel intimidated to reach out to founders or others in the space to talk about topics that they’re interested in or job opportunities,” Bus said.

Despite growing quickly and being fully remote, Bus, Lee and their teams have preserved Messari’s mission-oriented, passionate and collaborative culture. Messari is performance-based, so doing well leads to more responsibility and exposure.

“Women should not feel intimidated to reach out to founders or others in the space to talk about topics that they’re interested in or job opportunities.”

Lee was struck by the autonomous aspects of the culture when she first joined, which gives her the freedom to learn and iterate.

“Independence is something that new hires can look forward to,” Lee said. “If you like feeling trusted to make the right technical decisions and build things that are useful, then you will enjoy working at Messari.”

As a leader, Bus has a big role to fill: that of role model. When she was climbing the ranks in her career as an investment banker, it was always important to her to see women in more senior positions who she can relate to.

“People feel drawn to companies where they see themselves in leadership,” Bus said.

She hopes that Messari will continue to attract women like her and Lee, for many reasons. First: the problems women can help Messari face head on.

“Entrepreneurs solve problems that they can relate to,” Bus said. “There’s a lot of problems that crypto could solve that are not being solved at the moment.”

For example, women around the world are underbanked or fully excluded from financial institutions, and digital currencies offer an opportunity for financial freedom. There’s unrealized applications of tokens like Ethereum, too, and a more diverse community of voices in the industry will further innovation, use cases and protocols.

“Entrepreneurs solve problems that they can relate to,” Bus said. “There’s a lot of problems that crypto could solve that are not being solved at the moment.”

“Diverse teams mean a better product that’s inclusive of the global crypto community that we serve,” Lee said. “It is our vision as a company that reliable data is transparent. It's about making crypto feel safer, more accessible, easier to use for anyone who wants it.”