The Code These Engineers Write Could Save Your Life

The first time Matt Miller saw how his engineering work at AlertMedia could save someone’s life happened about five years ago.

AlertMedia, whose cloud-based platform delivers communications to companies to keep their workers safe and informed during emergencies and other events, had just premiered a new application. It was inspired by one of AlertMedia’s biggest clients whose employees repeatedly found themselves in dangerous situations on the job.

Miller and his product and engineering colleagues built the solution. It worked like this: The customer’s employees would plug a tether into their phones and run the AlertMedia application. If at any point the tether was unplugged from the device, it would trip an alarm within AlertMedia’s system, prompting someone at AlertMedia’s call center to dial 911. The application also simultaneously reported the location of the phone at all times. 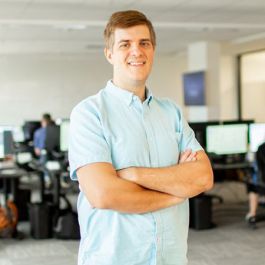 “It was a fun project,” Miller, a principal engineer at AlertMedia, said. “And I’ll never forget the first time it helped someone.”

Miller was in the Austin office when one of AlertMedia’s customers tripped the alarm. He and his colleagues stopped what they were doing and watched what happened next in real time. AlertMedia’s operator called 911 and reported the worker’s location. According to their GPS, the worker, who presumably felt threatened, appeared to be running through a residential neighborhood, then through someone’s backyard. The operator gave police precise directions on where to meet the worker.

“It was amazing to watch,” Miller said. “And it was a direct reminder of the purpose behind our work.”

According to Miller, engineers at AlertMedia have countless opportunities to level-up their skills and use cool new technology on projects that could save a life. What’s more, Miller said that due to the serious nature of their work, the engineering culture is close-knit and collaborative, and growth opportunities abound within the company’s flat structure as it scales.

Sound like a job fit? Read on to discover whether AlertMedia has the engineering team you’ve been looking for.

Why did you join AlertMedia? 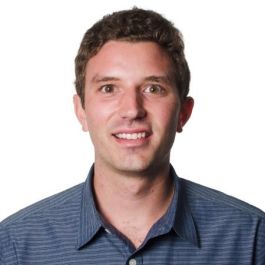 Michael Murad, DevOps Engineer: About two years ago, I was looking for an opportunity to grow my skills. When I interviewed with AlertMedia, I was struck by how different the company’s process was. I brought in a code snippet and some other work I’d done in the past. The engineers on the team dug into both of these items, and then we all talked about things that I could have done better or differently. That gave me insight as to what this engineering team was like: a collaborative group that loves to foster ideas and search for interesting solutions. It really sold me on the company. 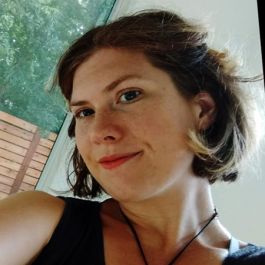 Megan Will, Senior Software Engineer on the Platform Team: I joined AlertMedia because I was looking for a place where my code would make a difference. I was also drawn to how passionate and responsible the engineers felt about the quality of their code. Over and over, they would talk about how scaling was their biggest priority, and I thought, I won’t be bored at all there. And I haven’t been bored, which is awesome.

I knew this would be a job where I’d feel good about what I was doing.”

Matt Miller, Principal Engineer: As simple as this sounds, almost nine years ago when I was looking for a job, I wanted to find a job I actually wanted. I’d spent too many interviews making sure I fit the job, and not enough time making sure the job fit me. At the time, AlertMedia consisted of two people, one of which was our founder Brian Cruver. They had just decided where the code was going to live.

Brian was great at explaining what the big idea was for AlertMedia and why it was impactful. I knew this would be a job where I’d feel good about what I was doing. Succeeding meant we were helping people, unlike at my previous jobs, where succeeding only meant making more money that quarter. Even in the earliest days of the company, it was clear to me how we could have a legitimate impact on the next school shooting, or the next terrorist incident. We could positively impact the scary moments in people’s lives and help influence better outcomes for our customers and their employees.

WORK WITH A PURPOSE

Murad and his teammates recently developed AlertMedia’s Intelligence Center. This tool allows AlertMedia’s team of internal analysts to create, edit and publish original content to deliver to customers. A separate system, Alert Management Service, monitors and identifies critical events and categorizes them specifically for AlertMedia’s customers. Every time a real-time event happens — such as natural disasters, global conflicts, active shooters, or protests — there’s a geographical area associated with it, and “our system does millions of calculations in real time to find out who’s affected, and if they are, alert them,” Murad said.
They're Hiring | View 12 JobsAlertMedia is Hiring | View 12 Jobs

Will: All ideas are welcomed, no matter your title. I’m proud of the work we did on the back end to deduplicate and delay things. We have a very flexible dynamic group feature that allows our customers to create groups based on the values of attributes, including custom fields they can define. When those values change, which often happens in bulk for large customers, we generate downstream tasks to update groups, calculate costs and more. We want to do that work as efficiently as possible to have the information updated and ready to go for the customer’s next notification send. Prior to this work, whenever a given user or group changed, we had all these duplicate tasks that we were doing. We reduced the amount of unnecessary work by 10 times, using our message broker to deduplicate the work, which made the ecosystem a lot better.

Miller: What Megan just mentioned is one of my favorite solutions to our scaling challenges. Megan championed this idea. She found a specific technology that lets us deduplicate this in a very efficient manner. I think it took us a couple of hours to wrap our heads around how this would work to rethink the entire sequence in a totally new fashion.

Will: To say I came up with the idea on my own isn’t really accurate. There were about 10 of us involved. We’re always working together on everything. You can’t have an idea around here without everybody else chiming in, which is awesome, because it’s never just your idea by the end — it’s something even better.

Our culture is just plain and simple fun.”

Miller: It’s a real testament to how much faith AlertMedia leadership puts into the development team. We don’t have a black-and-white mindset of, “Here are the frameworks we use, and here are the frameworks we don’t use.” If somebody comes up with a way to solve a problem using a technology that no one else in the room has ever heard of, that’s not going to be a “no.” Instead it’s a, “Alright, show us some receipts. Bring some proof, and then let’s talk.”

One of my favorite things about working here is how consistently I walk into a room thinking I know how we’re going to solve a problem, and I turn out to be wrong. Because someone else will go, “Well, what if we did this instead?” Suddenly, half of my idea went out the window because there’s a better idea. By the time we finish a meeting, 10 percent of what we actually go to product with is what I thought we’d do. And 90 percent is better than what I thought.

What types of growth opportunities exist at AlertMedia?

Miller: Many of our executive team members were promoted within the company. For example, our CTO did not join as the CTO, he was promoted to that level. More than half of our managers have similar stories. We’ve had a QA automation engineer who decided he wanted to become a full-stack developer, and we made it happen. Another person who was originally hired as an office manager is now one of the top people on our finance team. All of that was possible because our leadership team makes sure everyone has the right tools and support to learn new roles and grow in their careers. It’s a win for our company every time we’re able to do things like this.

SET UP TO SCALE

This year, Miller is most excited about how AlertMedia will continue to scale. He and his team are ready to tackle the fun, high-level challenges, such as, how will they push out data to multiple systems without losing integrity of the data with guaranteed, exact copies? How will they handle updates? How will they ensure that there’s low lag to each of the descendant systems? “There’s some really big scaling challenges that are going to stretch all of our brains pretty seriously over this year, and I really geek out on those,” Miller said.

Will: My team really likes to pair-program together, and we’re always talking with each other. We’re remote, so we use a Slack huddle feature all day. Also, as a woman in tech, I feel heard, seen and respected. I have never felt like I have to prove that I belong here. I’m just another engineer. Our company motto is we’re humans, not robots. We’re expected to write automated tests, and build safeguards. We take QA seriously because we’re humans, not robots, and syntax errors could be costly to people and their line of work. If there’s ever a hotfix or something goes wrong, it’s never a blame game. It’s always, “Okay, what do we need to do to make sure this never happens again?”

Miller: When it comes to culture and new hires, our founder Brian Cruver implemented a policy that says it best: We don’t hire a**holes. Pre-pandemic, when we’d do interviews in-person from our office, we’d always ask our receptionist, “How did the interviewee treat you walking in the door?” That feedback was always valuable.

Also, everyone is passionate about the work here. We’re all trying to find the right answers — not the preconceived answer we came into a meeting with.

Murad: On that note, with passion comes fun. I think our culture is just plain and simple fun. Every engineer knows the excitement of having a new idea or app they want to create, and then hashing the details out with their friends to make it work. That’s what the culture feels like here. It doesn’t feel like work.