With Its Growth-Oriented Culture, MobilityWare Plays the Long Game

Based in sunny Orange County, this veteran mobile gaming publisher does right by its people.
Written byIsaac Feldberg

As a design manager and product owner at MobilityWare, a veteran mobile-gaming studio best known for its card and puzzle games, Palmer spends his days working on titles like classic Solitaire and the more recently launched Monopoly Solitaire. Often, when he looks up from designing puzzles and tuning gameplay, Palmer’s eyes glance instinctively over to a letter he keeps framed on his desk — one he wrote himself by hand more than 25 years ago.

“Back in second grade, our teachers had us write a letter to ourselves about what we wanted to do when we grew up,” Palmer said. “Most kids said they wanted to be firemen or astronauts. I was obsessed with my Super Nintendo, so I wrote that I wanted to be a game designer.”

Years later, a high school teacher sent him that letter. After studying informatics in college, then working briefly for his alma mater, Palmer landed at MobilityWare in 2011. Initially coming on board as a software engineer, Palmer sensed that working in mobile gaming would soon place the career he’d always wanted within reach.

By that time, MobilityWare — first founded in 1990 as Upstanding, a ​​communication software company that integrated mainframe computer systems — had reinvented itself with a new frontier in mind: mobile gaming. When Apple launched its App Store in 2008, the company was ready with 13 titles, including Blackjack and Solitaire. The latter has been installed more than 290 million times, making it the world’s most-downloaded Solitaire app and MobilityWare’s flagship game.

While remaining “on the innovative curve of casual gaming,” as Palmer put it, MobilityWare has since expanded. In his first year, the company launched Android apps on Google Play, scoring a top-ranked Solitaire title there as well. Palmer spent almost four years coding for these products while bonding with a growing number of colleagues; the midsize studio now employs around 200 people, many of whom started as interns before rising through the ranks. One day a design director, impressed by his work ethic and clear passion for game design, reached out to ask whether he’d consider changing careers.

“Our design director and the head of engineering told me I had what it takes,” Palmer said. “They said, ‘we think you’d make a great designer.’”

Palmer was thrilled at the opportunity to live his childhood dream. “I couldn’t say ‘yes’ quickly enough. I told them I would be forever thankful and, to this day, I reflect upon that conversation and recognize that it changed both my career and my life.”

Such career growth isn’t unusual at MobilityWare, which separates the company from others in the often nomadic, high-turnover gaming industry. According to Jill Wilder, vice president of human resources, MobilityWare’s emphasis on cultivating employees for the long haul is one key to the company’s success.

“We want people’s passions to become their reality,” she said. “We’re a promote-from-within organization, and we’ve always wanted to help people grow their careers.”

From its hybrid work model, which accommodates remote employees while allowing local team members to enjoy their recently renovated Irvine headquarters, to a focus on holistic employee wellness that extends to unlimited paid time off and an annual, all-expenses-paid company trip, MobilityWare focuses on employee experience in all forms.

Meanwhile, Palmer (who plays Sudoku Simple daily) has risen into a leadership role on the company’s game design side, and Wilder (who prefers Mahjong Solitaire) brainstorms initiatives to keep employees engaged. 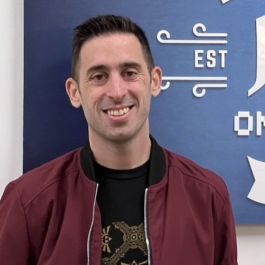 What’s special about the culture at MobilityWare?

Design Manager & Product Owner Matt Palmer: The heart of MobilityWare is our close-knit team culture. I’ve been on many teams at MobilityWare throughout the years, and all of them have formed a strong bond. My teammates have become not only great coworkers but great friends. Many people I started working with six or seven years ago are still here.

VP of Product Russ Carroll: In my second week here, we encountered a major problem. We talked together about how to solve it. One engineer came up to me after the meeting and said, “I’ve been at other companies. I know what happens when there’s a major problem. Us engineers get destroyed. But all you did was ask, ‘How do we fix it?’ It’s completely different from what I’ve experienced elsewhere, so thank you.” That’s our culture. We work together. We focus on solutions.

VP of Human Resources Jill Wilder: I work closely with our founders, Dave Yonamine and John Libby, and I’ve seen Dave start to become emotional when he talks about what they’ve created. He’ll be genuinely moved when he talks about how he’s seen people grow, from graduating college to buying houses, getting married, having kids and creating families. In the pandemic, we were still creating that family atmosphere and bringing people together, however we could. When you emphasize employee wellness, they become invested in the company’s goals. That investment leads to their best work. In other words, by making our team members feel valued, they have become the foundation that has allowed MobilityWare to reach new heights.

How has working at MobilityWare shaped your perception of what the gaming industry could strive toward more broadly? 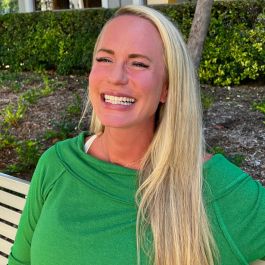 Wilder: MobilityWare puts people first. We care about internal growth and equality. At one point, our senior leadership was all women, which is unheard of in gaming.

Palmer: Growth is the main game. I started out in a different discipline before moving over to design and working my way up. Finding the right place for the person can be about promotions, but it’s not only about that. It’s about discovering natural gifts and bringing out strengths while making people feel good about what they do. Over the past 12 years, I’ve been a testament to that. 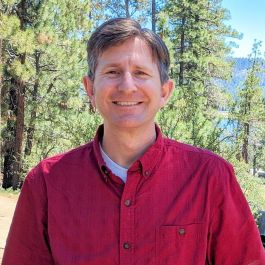 Carroll: I believe strongly in a 40-hour work week. We’ve had two weekends in the seven years I’ve been here where we had some engineers come in on a Saturday, and that was because we had a critical crash with our players in the wild. They wanted to fix it; we wanted to fix it; and so we took care of it. When we’re working on the floor together, on multiple occasions I have come out of my office at 6 p.m. to say, “Hey, go home” to any engineers still there. I get the answer, “I’m working on this awesome project, and I want to make progress.” I respond, “Awesome! Go home, and come back tomorrow excited to work on it.” There's no reason we need to eat into that balance. We’re not in the medical field, saving lives. We’re making games.

Staffing up a virtual Utah studio to better mine the state’s tech talent was a challenge for Carroll, but MobilityWare’s leadership backed his efforts, even permitting new recruits to pause their on-boarding and spend a month shadowing teams in the main studio. “They learned the tech and got a sense of how it’s all supposed to run,” Carroll said. “If you’ve ever asked, ‘Hey, can we take a team offline for a month?,’ the answer is usually, ‘What are you thinking?’ But when we discussed the reasons why this was necessary, leaders asked, ‘How can we make it work?’”

Which culture initiatives do MobilityWare employees respond to most positively?

Wilder: One perk is Game Jam, which people love; it gives everybody in the studio an opportunity to actually pitch a game. If they can get enough people on their team, they go ahead and take a week to make it. Our founders let people take almost a week of vacation to work on their dream game. As far as wellness, we’ve partnered with Bravely to offer all employees the opportunity to speak with trained coaches about career growth and identify ways to get from where they are in their professional development to where they ultimately want to be.

Also, the company takes everybody and a plus one on an annual trip. We all just got back from the Hyatt Ziva in Los Cabos. Myself, our chief revenue officer and our chief of staff ended up swimming with dolphins. Similarly, last year, we did a fall kickoff Halloween party. I was Cruella de Vil; my teammates were the 101 Dalmatians.

How has MobilityWare’s sense of growth impacted your approach to working there?

Carroll: I’ve seen challenges and opportunities. Growing is hard. How do we stay connected? How do we stay relevant? How do we make sure everyone’s engaged and that you don’t start feeling like a cog in a machine? We’ve tried to ensure that people are engaged at each level, in each position. With my teams, I have open discussions. We do sprint meetings every couple of weeks; we do them as pseudo-playtests, with everyone playing the game then providing feedback. Disciplines within the team decide what they’re going to work on. That allows them to own their work. Everyone joins the game industry to make games, not to just do as they’re told.