Former CNN exec bets on AI as future of news 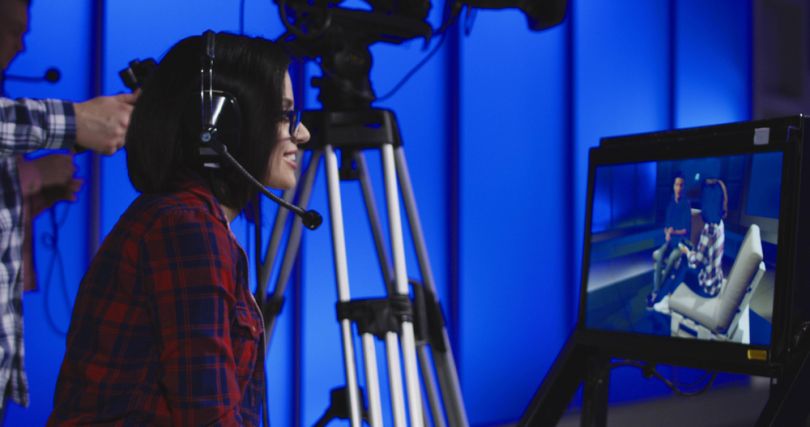 The TV landscape keeps evolving and traditional media companies struggle to keep up. That’s where former CBS News and CNN executive Jon Klein comes in. To him, artificial intelligence is how TV can stay competitive with digital companies' streaming and OTT content, reports Broadcasting Cable.

Klein’s hunches have paid off in the past, both in his early embrace of social media while at CNN and at his startup The Feedroom’s strategy to stream NCAA March Madness games to PCs. At TAPP Media, his latest business, users can access subscription video-on-demand. TAPP’s ever-growing data is what led to his realization that AI is missing from the average media company’s toolkit. “It was basically one-size-fits-all,” Klein said of pricey AI tools from IBM and Google.

His search for a superior alternative led him to Spain-based Vilynx, an AI and machine learning startup with a focus on media companies. Klein was such a proponent of their product that he joined Vilynx as president and will head expansion efforts in the U.S. where the company already touts big name customers such as NBC News.

“I discovered this group of geniuses who are are focused specifically on AI for media,” Klein said of Vilynx. “Media companies need people who can process a ton of video, drill down deeply into it, and then from that pile of data create products that help you make more money, that help you generate more customers and retain your customers.”

“Netflix and Amazon have huge in-house artificial intelligence teams crunching massive amounts of data, analyzing it and the acting upon the data. And the rest of the pack doesn’t have that at all. And so they’re frozen in place, they’re like a deer in the headlights. They know that AI is changing every other industry but they’re not sure how to harness it for theirs.”

Klein laments the folly of media companies who attempt to ape Netflix and Amazon by offering OTT content, contending that without a means of understanding the data, these companies will always fall short.

“Netflix and Amazon have huge in-house artificial intelligence teams crunching massive amounts of data, analyzing it and the acting upon the data,” Klein said. “And the rest of the pack doesn’t have that at all. And so they’re frozen in place, they’re like a deer in the headlights. They know that AI is changing every other industry but they’re not sure how to harness it for theirs.”

Vilynx’s current clients are new adopters of these technologies and only now starting to partake in AI and machine learning as business tools. For example, NBC News used Vilynx to generate 10x more data for the metadata tags for video clips, which leads to more precise recommendations and search results as well as more video views and, hence, a lift in digital revenue. According to Klein, Vilynx helped generate a 60% to 250% increase in video views at NBC News.

“While most of the people would really focus their recommendations around text-based content, Vilynx was the only one at the time that actually even had the capability to truly understand video content,” said Phil Zepeda, former technical product manager of video and personalization at NBC News Digital who became such a AI convert that he joined Vilynx as VP of product.

Zepeda believes that media companies should view video as the “Holy Grail” of data for media companies and use AI to extract more value from this content. Klein sees opportunities for AI and Vilynx for OTT audience development through better targeted recommendations, promotions and ads.

Clients seem to agree: trials have converted to contracts for every media company Vilynx has worked with so far, Klein said.

“Everyone gets so excited by the possibilities,” he said. “There are so many smart people at these networks and the technology folks have been champing at the bit to get into AI.”