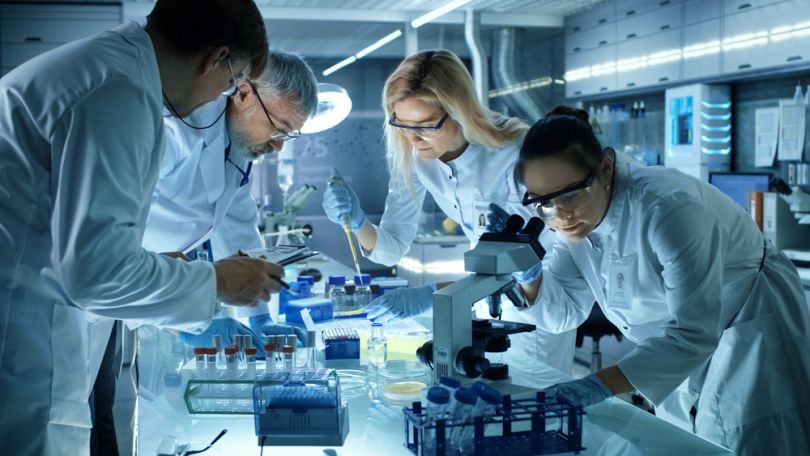 Innovation thrives in collaboration, yet the tendency for pharmaceutical companies to shroud their work in secrecy to stay competitive through can impede drug discovery.

ScienceNews reports the development of a new cryptographic system that could enable collaboration between pharmaceutical companies to develop new medications while concealing confidential information from competitors.

Information about new drug-protein interactions can be the key to discovering new treatments for various diseases or obtaining insights into potential side effects of a medication, according to Ivet Bahar, a computational biologist at the University of Pittsburgh not involved in the work.

The encrypted system prevent any individual participation from viewing the millions of drug-protein interactions that make up the training set, but its servers use the entirety of the data to teach a neural network to predict the interactivity of new drug-protein combinations.

"This work is visionary. I think [it] will lay the groundwork for the future of collaborations in biomedicine."

The system is being lauded as a potential breakthrough in drug development. “This work is visionary,” Jian Peng, a computer scientist at the University of Illinois at Urbana-Champaign not involved in the study, tells ScienceNews. “I think [it] will lay the groundwork for the future of collaborations in biomedicine.”

MIT computational biologist Bonnie Berger and colleagues Brian Hie and Hyunghoon Cho evaluated their system’s accuracy and found that the AI picked out which sets interacted with 95 percent accuracy.

Outside of this context, this encrypted AI system could have use in other arenas in which the need for privacy and the desire for collaboration overlap, such as hospitals who use to use patient data to predict patient prognoses, Peng says.

“Whenever you want to do a study on a large number of people on behavior, on genomics, on medical records, legal records, financial records — anything that’s privacy-sensitive, these kinds of techniques can be very useful,” says computer scientist David Wu of the University of Virginia in Charlottesville, who wasn’t involved in the work.