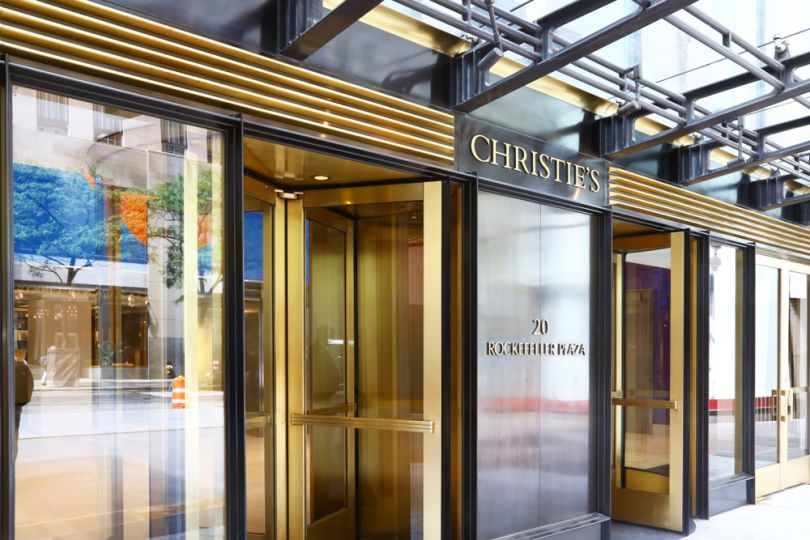 The art world is abuzz after a portrait created with artificial intelligence, flanked by works from Warhol and Lichtenstein, sold at Christie’s New York last week for a whopping $432,500 including fees for more than 40 times Christie’s initial estimate of $7,000-$10,000, reports The New York Times.

An anonymous phone bidder bought “Edmond de Belamy, from La Famille de Belamy” after a bidding that clocked in at under seven minutes, coming down to the eventual buyer, online bidder in France, two other phone bidders and one person in the room in New York. The final price reached before fees was $350,000.

The portrait, which is a far from precise rendering, was made by the French art collective Obvious. Christie’s promoted the portrait as the first algorithm-generated one to appear on their renowned auction block.

Obvious was pleased with the reception, as its portrait outsold both the aforementioned Andy Warhol print ($75,000) and the Lichtenstein bronze work ($87,500). “It is an exciting moment,” Obvious shared in a statement. “Our hope is that the spotlight on this sale will bring forward the amazing work that our predecessors and colleagues have been producing.”

The sale of this piece is seen as a watershed moment for AI art and indicates Christie’s willingness to engage with the medium. Controversy soon swirled as a chorus of AI artists emerged claiming unoriginality. Artists such as Mario Klingemann, Anna Ridler and Robbie Barrat have also used Generative Adversarial Networks, or GANs, the technology Obvious used to create the portrait.

“We would like to thank the AI community, especially to those who have been pioneering the use of this new technology, including Ian Goodfellow, the creator of the GAN algorithm.”

In particular, Barrat alleged that his code he had written and published online was used in the production of “Edmond de Belamy, from La Famille de Belamy,” to which Obvious told The Verge that it used a modified version of Barrat’s code.

“We would like to thank the AI community, especially to those who have been pioneering the use of this new technology, including Ian Goodfellow, the creator of the GAN algorithm,” Obvious said in its statement. “And artist Robbie Barrat, who has been a great influence for us.”