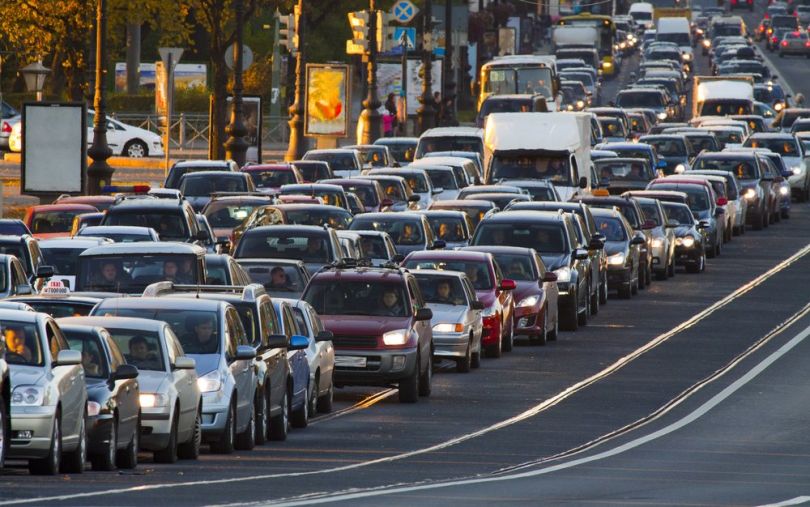 Reducing energy consumption from transportation would be a huge boon for the environment, according to Tom Kirchstetter, director of Berkeley Lab’s Energy Analysis and Environmental Impacts Division, an adjunct professor at UC Berkeley and a member of the research team. “Thirty percent of energy use in the U.S. is to transport people and goods, and this energy consumption contributes to air pollution, including approximately half of all nitrogen oxide emissions, a precursor to particular matter and ozone – and black carbon (soot) emissions.”

“Applying machine learning technologies to transportation and the environment is a new frontier that could pay significant dividends – for energy as well as for human health.”

“Applying machine learning technologies to transportation and the environment is a new frontier that could pay significant dividends – for energy as well as for human health,” he explained to the Berkeley Lab News Center.

CIRCLES, or Congestion Impact Reduction via CAV-in-the-loop Lagrangian Energy Smoothing, is the traffic focused research project based on a software framework called Flow, developed by Alexandre Bayen, a professor of electrical engineering and computer science at UC Berkeley, director of UC Berkeley’s Institute of Transportation Studies and Berkeley Lab researcher, and his team of students and post-doctoral researchers.

Launched in 2017 and opened to the public in September, Flow is a groundbreaking software framework that enables researchers to simulate hundreds of thousands of vehicles – both manual and autonomous – driving in custom traffic scenarios.

“The potential for cities is enormous,” said Bayen to the Berkeley Lab News Center. “Experiments have shown that the energy savings with just a small percentage of vehicles on the road being autonomous can be huge. And we can improve it even further with our algorithms.”

“The novelty here is that while the environmental models, which show the interaction of pollutants with weather – such as wind speed, pressure, precipitation, and temperature – have been developed for years, there’s a missing piece,” Gonzalez told the Berkeley Lab News Center. “In order to be reliable, those models need to have good inventories of what’s entering the environment, such as emissions from vehicles and power plants.

“We bring novel data sources such as mobile phones, integrated with satellite images. In order to process and interpret all this information, we use machine learning models applied to computer vision. The integration of information technologies to better understand complex natural system interactions at large scale is the innovative piece of DeepAir.”

Researchers at the Berkeley Lab are certain that the applications of the research are coming sooner than most people may realize. “I do believe that within 10 years the things we’re coming up with here, like flow smoothing, will be standard practice, because there will be more automated vehicles on the road,” said Bayen to the Berkeley Lab News Center.