I left Tampa for Silicon Valley. Here’s why I came back — and brought a San Francisco fintech startup with me. 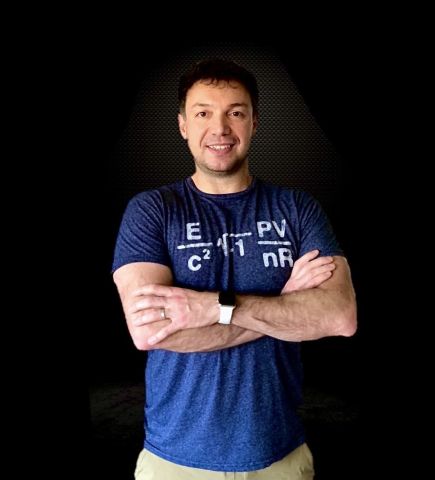 I started working in Tampa in 2008. I’d switched my engineering interest from manufacturing to financial, which brought me to Tampa, where many banks have headquarters. I started at HSBC in financial systems, going on to work at JP Morgan, Citibank, and Raymond James.

But my growth as an engineer hit a ceiling. I wanted to build great things, to innovate. I had learned about mortgage and finance systems, payments systems, and risk mitigation, but banking culture wasn’t built for engineers — it was built for business people. Engineering is often just a “back office” that churns out the tasks assigned to it. I wanted a place with a dedicated engineering culture, one that encouraged innovation and ownership of the problems being solved.

Looking around, I saw hundreds of engineers hungry for a culture like that, but with nowhere to find it locally. The choices were to stay — safe, but unhappy — or take the risk and move to the other side of the country for a chance at growth, with an equal chance of failure and loss.

I wanted to grow.

These Are Things That Change the World

And when we achieve our goals, it can be revolutionary.

I left Tampa and went to MIT, where I got a Master’s degree in Engineering. Since conventional wisdom said San Francisco was where the “cool” things in engineering were happening, I moved to the West Coast after graduation. I had the opportunity to work for Apple, Amazon, and Uber, where I got to solve complex engineering problems for billions of users — and disrupted whole industries in the process.

When I got to Apple, I immediately experienced the difference I was looking for: Delineation between product and engineering didn’t exist at Apple. Engineering was product, which requires you to act like the business as an engineer. This is huge. The products we made had to work for a billion-plus users and devices; this necessitates engineering complexity you’d never see in a bank.

Every company talks about their “customer focus,” but until I joined Apple, I never fully experienced it: Every engineer was obsessed with how the customer would use the feature, feel the impact, down to the pixel, down to every detail of how it fits into a customer’s life. That was the engineering culture and part of every process.

I really responded to that — by then, I was a manager and director and had my own team. I, too, was able to really dig into solving unique issues every day. Even senior vice presidents were as committed as engineers.

I learned and grew so much as an engineer during my time there. Engineers like myself know what drives us: Our love for the growth that comes from building something from nothing and launching life-changing technology solutions with code. These are things that change the world. We want to work on complex issues that make an impact on people's lives. And when we achieve our goals, it can be revolutionary.

A Deep Love for the Puzzle

The thing about the startup world is that you hear about iconic founders like Zuckerberg or Jobs, and it makes that world seem too distant to ever reach, let alone make an impact on. But in Silicon Valley, it is happening every day for those who are obsessed with solving problems and making people happy. It’s accessible on many levels.

It was there I began experiencing what so many engineers attracted to startups spoke of: casually interacting at coffee shops and in hallways, brainstorming ideas that improve human lives in wonderful ways. Building it out immediately and gaining feedback just as quickly. Excitement and passion for the problem leading to team-building and networking with every type of engineer, brought together by a deep love for the puzzle, which is as infinite and solvable as you want it to be.

I learned how to create account security, built a commerce stack, deep-dived into payments. By that point, I knew that if I ever created a startup, I would now know the kinds of technical problems that I could solve for a lot of people, as well as the kind of engineering organization I’d build for people who were, like me, craving autonomy and freedom to solve problems typical leadership couldn’t see.

I didn’t know it at the time, but these experiences were leading me to the startup world, where disruptions can be volcanic. Working at Apple and Uber had led me to essentially build the Fast product before it existed. So when Domm Holland (CEO and co-founder of Fast) and Allison Barr Allen (COO and co-founder of Fast) asked me to join their new startup in June 2020, I finally had the opportunity to level up my engineering skillset and leadership capability. I’d always wanted to join a startup, but the right opportunity hadn’t presented itself to me before then. At large companies like Apple, you get brand recognition, you see problems and the complexity of solving them at scale, and you work with great engineers. Large companies typically provide a very safe, stable career. I didn’t realize that growth for me would be exponentially higher in a startup, because at a large company, the impact you have on the company is minimal. I couldn’t claim any impact as my own; I was just one of many engineers at Apple. I wanted my contributions to really matter. In a startup, you can have a massive impact.

Here, finally, was the opening for me to truly use my growth and skills to be the end-to-end expert, a full leader in an engineering organization. I took my long-awaited leap into the startup world. Fast put me in charge of sourcing extraordinary talent, tools, and systems — and doing it more quickly than I’d ever done before.

In the space of just eight weeks, we launched our flagship product: Fast Checkout, a one-click checkout and order management platform. On the other side of the transaction, makers and vendors can use Fast to sell on their product detail pages, in their apps, with QR codes on their billboards (like what Amalie Arena, home of the Tampa Bay Lightning, places on their seats), on television, even in the middle of online articles.

And we built the whole thing remotely. None of our engineers were ever even in the same room, as all of us were working from home during the pandemic. We were building the ship as it sailed out to sea and overcame numerous challenges to pull it off. I’m still amazed at what we came together to do, with just an idea, and the velocity and dedication we were able to commit to the goal. From idea to fruition in weeks. That’s the power of an amazing startup: fail fast, fix fast, and grow fast, which we’ve done repeatedly in the past two years.

In this new era of working remotely and collaborating online, we aren’t restricted to physically working in Silicon Valley. So when Domm mentioned he was looking for a second hub to create and fill with the best engineering talent around for our next stage of growth, I didn’t hesitate. I said, “It should be Tampa.”

It Should Be Tampa

Tampa Bay at a Glance

Bringing Fast here was an obvious choice to me: We’re an innovative tech company that doesn’t just want to hire the best talent, but to help build Tampa into the next Place to Be in tech. Tampa’s the better choice for many companies, but they don’t yet see that because they’re still following the trendy cities claiming the Best in Tech titles. I’ve lived in those places, I’ve experienced their cultures, and my recommendation was still Tampa, because Tampa is set up to be the hub I know it’s ready to be.

Tampa is family-friendly and has a great cost of living, deep wells of talent, commitment to education, tech-heavy educational programs and great tech graduate programs at nearby universities, and tech organizations that are ripe for partnering to provide mentoring and other opportunities.

A lot of non-tech companies in Tampa, like banks and insurance, have engineers doing not-so-exciting work. Tech companies generally offer more exciting opportunities, which is why engineers move to Silicon Valley in the first place: disruptive, world-changing problem-solving. But it’s hard to attract good engineering talent outside of Silicon Valley if that talent doesn’t want to leave families behind or deal with the high cost of living. By being in Tampa, Fast can offer local engineers the Silicon Valley experience in exchange for their cutting-edge talent and hunger for growth. We have a stellar tech stack, engineering systems, flat hierarchy, et cetera, to match  the talent looking to grow beyond the same keyboard-punching Monday through Friday.

Domm was immediately on board, and so impressed by Mayor Jane Castor, the Tampa Bay Economic Development Council, and tech growth hub Embarc Collective that he immediately implemented the expansion (we execute decisions as quickly as we make them here at Fast). Domm, myself, and several San Francisco-based engineers permanently relocated our families to Tampa to back up our belief that this Bay’s waters for engineering talent are quite deep, too.

To Innovate, Build, Disrupt the World

The weather is amazing, to be sure, but that’s not why you make this kind of a transition as part of a company’s overall growth strategy. While many others follow the trends and move to Austin or Miami, I’ve found that out of all those places — and I’ve lived in them all — Tampa has the better life experience. Great beaches, lower crime, and even the ability to travel out of town easier with a major international airport located nearby (which comes in handy for Domm, who is always on the go representing us around the world). But the reverse isn’t necessarily true — I never found Austin or Miami to feel hungry for tech talent the way Tampa is. I think Tampa is, frankly, ten times better than the other cities.

...this Bay’s waters for engineering talent are quite deep, too.

The talent has always been here, even when the big tech companies couldn’t see it. I’m excited to come back, find, nurture — and most importantly — give that talent the opportunity to really, really grow in all the ways I’ve heard them talking about for years: to innovate, build, disrupt the world. To do more than write Python scripts to automate spreadsheets, in other words. If you’re not in an environment that supports disruption and growth, and you’re the innovative type that likes to always be learning, going stale is the worst thing that can happen. But innovative industries and companies don’t — yet — typically present themselves in Tampa. There are still plenty of compliance-heavy, slow-moving, outdated-tech-using dinosaurs with no culture designed for anything resembling growth.

And that’s why I’m back: to bring them together, exchange ideas, and move with excitement into building the things that will change the world forever. Amazing ideas and solutions should not be restricted to Silicon Valley. I want the talent here to know that they no longer have to move away or give up what they love in order to grow as an engineer, as I did. Some of the greatest engineering ideas to come are forming right here in Tampa, and as VP of Engineering, I can’t wait to uncover them and watch their ideators grow here.

I look forward to even more growth for myself and my fellow engineers, and I’m thrilled to come full circle — back to Tampa.