You’re not sure what to expect when you walk into a cryogenics facility.

In fact, you just learned that it’s not freezing people — that’s cryonics. Still, it’s hard to shake the image of cool blue lights and nitrogen smoke billowing across the floor. 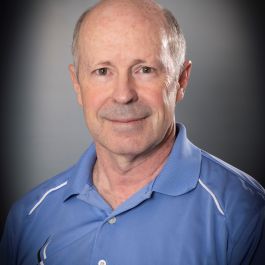 The last thing you expected was a semicircle of chairs filled with young engineers, leaned in as a long-time employee’s squeaking marker flies across a whiteboard.

“Every time I go into that office, I see Professor Dan with a Socrates-type circle of students around him,” Glaister said. “Sometimes he’s explaining the meaning of life.”

“He will go on tangents, which is pretty great,” added Carlita Gorham, an early-career cryogenics engineer who has experienced many of Dan’s lectures. “We’ll have a talk about birds sometimes.”

In addition to those tangential tidbits, Dan offers the newer engineers on his team a wealth of cryogenics knowledge — his tenure predates even Glaister’s, who’s been at Ball for nearly 25 years.

“That corner office has six other cryo engineers, and all of us except for one only have a few years of experience. Dan’s basically been a mentor for our entire department,” said Gorham. “He’ll have frequent lectures where he’ll write things up on the whiteboard to make sure we’re understanding, and we’ll ask questions about the issues we’re running into.”

Gorham also appreciates being able to rely on her fellow engineers.

“It’s nice to be able to turn around and bounce an idea off the person next to you, and then also have somebody with years and years of experience to get their feedback on it.”

That wealth of expertise comes from the fact that Ball Aerospace is the only commercial company in the field of aerospace with a dedicated cryogenics department. Ball Aerospace’s cryo engineers are able to dedicate all of their time and energy to growing their knowledge and improving the field — and with the recent establishment of their Cryogenics Solutions Center (CSC), they’ll be able to share that knowledge with others in the industry.

“It’s fundamentally just getting stuff really cold,” said Glaister. “There’s a bunch of reasons why you need that, but basically, something like the James Webb or Hubble telescope needs to look out at very long wavelengths of light, beyond what’s visible. For Webb or Hubble, due to the doppler effect, visible light emanating from the center and origin of the universe has translated into infrared light. In general, things generate light based on their temperature. Your camera or imager and equipment have to run very, very cold or they’ll interfere with what you’re looking at in the infrared.”

The Only Game in Town 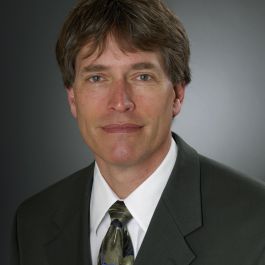 “NASA and JPL have cryogenic groups, but in the commercial area, we’re it,” said Glaister. “Other companies that work on this will pull people from a thermal department or another type of department to build or work on it, while we maintain people that specialize in it.”

Ball Aerospace has been engaging in cryogenic work nearly since its inception over 50 years ago, expanding out from parts manufacturing (Apollo hydrogen and oxygen tanks) to the prolific aerospace team it has today. That specialization allows them to put a great deal of resources and time into research, development and testing to perfect their cryogenic instruments.

“We use that capability to be a discriminator,” Glaister continued. “Other companies might be like, ‘we have something cryogenic, let’s figure out how to do it.’ We have cryogenic capability, and we use that to help win programs and opportunities.”

“We use our cryogenic capability to be a discriminator.”

Those opportunities have included work on the Hubble and James Webb space telescopes, along with less well-known — but no less important — projects like NASA’s Chandra X-Ray Observatory and their 2003 Spitzer space telescope, whose cryogenic capabilities lasted three years longer than projected.

The department totals around 30 people in size, with about 60 people in the CSC — and for Gorham, that’s perfect.

“We’re small enough to know each and every person in our department, but big enough to tackle all of the cryogenic problems across the country,” she said. “We’re incredibly collaborative and always in constant communication.”

And the team’s collaboration goes beyond lectures and problem-solving — they’re known for their family-like environment, which is in line with the Ball Aerospace culture as a whole.

“Ball Aerospace was at the top of my list when I was looking for work,” said Gorham. “Their reputation is that they truly care about their employees. We want our employees to be able to do what they’re passionate about.”

When she was brought on as an intern, she found that reputation to be entirely accurate. The tight-knit, collaborative atmosphere is deeply woven into all levels of the culture across Ball Aerospace. With so many pioneering minds, it’s common practice to intentionally develop career paths that help individuals learn and grow into new responsibilities.

“I was told on several occasions that even though I was interning in the Cryogenics Department, I didn’t have to stay there — they would put me wherever my passions drove me. Luckily, cryogenics is ultimately what I wanted to do.”

So Gorham found herself a full member of the tight-knit cryogenics team. She became part of a group of people that looked after each other — cared for one another, shared their experience and backed each other up.

“Once you’re on our team, you’re part of the family,” said Glaister. “We tend to hang out and do things together. If anyone needs help, we all show up.”

“We tend to hang out and do things together. If anyone needs help, we all show up.”

“About a decade ago, a team member was working with one of our cryo engineers, and that engineer said that something he wanted just wouldn’t work,” Glaister said. “So, he took the same question to other engineers, and they all gave the same answer and said the original engineer knew best. Finally, he went up to me and said, ‘you guys are one big family.’”

The respect the team has for Dan is well-earned. On top of his lectures and support, he is known to give books as gifts to his fellow engineers.

“He’ll give some of our early career engineers books about topics they’ve talked about. The bird lecture came to mind earlier because he recently gave one of our earliest career folks two bird books,” said Gorham.

The small, collaborative nature of Ball Aerospace’s cryogenics team helps them innovate and refine this crucial aerospace technology. And now that they’ve opened up their Cryogenics Solutions Center, they’re able to share that technology and information more easily.

The CSC produces standalone cryogenic products — it’s not just providing labor for programs. These products can be used internally and shared externally and are made using the state-of-the-art equipment within the center’s lab.

“It’s a really cool recognition of a niche discipline that’s been such a discriminator for our company,” added Gorham.

Overall, the future of cryogenics at Ball Aerospace looks as good as the view from the space telescopes their work helps to maintain.

“Our country will continue to ask for larger cryogenic detectors in more constricting packaging, for harsher environments and with cheaper designs,” Gorham said. “And our group will continue to strive for those improvements, which will ultimately continue advancing our science data collection, understanding of the universe and national security.”