Why You Need to Break Up With Your Office

Drift made a decision to let go of the old model of work early on. These are the benefits employees have seen as a result.
Written byEva Roethler
Eva Roethler
Senior Staff Writer, Brand Studio at

Our brains don’t like uncertainty. That’s why the period before we learn important news feels like purgatory.

Yet for the past year, many employers have kept employees in limbo as the so-called “return-to-office” plan has remained TBD. A Gartner poll of 238 executives last August revealed that two-thirds of organizations were delaying reopening their offices due to new Covid-19 variants. In those ranks were tech giants such as Apple, Google, Uber and Meta, which has rescheduled its return-to-office date five times.

This employer indecision has real impacts. Parents don’t have the information they need to plan for childcare. Employees are unable to make life decisions for the long term. The looming idea of returning to the office adds stress to the grueling everyday reality of life during the Covid-19 pandemic. Companies are kicking the can down the road a few months at a time, in the hopes of returning to an office as though nothing has changed. They can’t let go of the old idea of work. They can’t break up.

Well, not all of them. AI-focused unicorn Drift decided to make a clean break. Early in the pandemic, the conversational sales and marketing platform made the decision to leave the old idea of work behind. The company won’t totally abandon its physical office space, but has decided to convert it into collaboration space.

We’ve all been faced with the question, “What is the future of work?” Drift has its answer: digital-first. Forever.

While many employers are stuck in limbo with a return-to-office plan in the murky waters of post-vaccination America, employees at Drift have benefitted from the certainty of their company’s decision. They’ve focused on outcomes-based work in an autonomous environment, creating better work-life balance. Furthermore, removing geographical constraints resulted in broadened and diversified hiring.

Built In talked to employees of different tenures across the organization about what this certainty meant for them. These are their stories.

Built In’s list of 100 Best Remote-First Companies to Work for in 2022Related Reading: 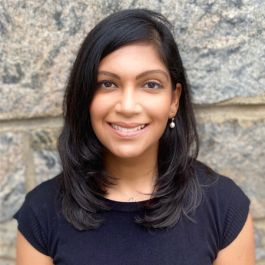 Before joining Drift in November, Zakir wanted to find a role that was more focused on artificial intelligence. She joined a Clubhouse conversation about Women in AI, where a Drift employee was one of the main speakers. Impressed by the knowledge shared at the event, Zakir connected with her and some other Drift employees on LinkedIn.

“I was taken aback by how friendly everyone was. I was someone they didn’t know, but they were all responding quickly and even met with me on a Zoom call,” said Zakir.

Zakir went on to apply for an open position at the company. Throughout the interview process she appreciated Drift’s decisiveness about its new digital-first policy. During the job hunt, she had encountered several employers who could only give her wishy-washy answers about their return-to-office plans.

“I wished it would have been more decisive because I’m a parent. I have to balance my life at home, and it is very difficult to plan when something is postponed month after month,” Zakir said.

Zakir was also swayed by the interest Drift showed in who she was beyond her professional history. “I’m the daughter of immigrants, and there are unique challenges I’ve had to overcome to get where I am today. I don’t think I’d ever openly discussed that at work,” Zakir said.

Being a first-generation American is something Zakir shares in common with co-founder David Cancel. Recently, she discovered through a virtual exchange that they also both grew up in households that primarily spoke their native tongue, and they both absorbed English from watching television. At previous companies, Zakir never even spoke with the CEOs. “I’m surprised at how engaged the CEOs are here. He’s a busy guy. I didn’t expect that. So it’s just something that stands out,” she said.

The digital-first model gives Zakir time back with her family. She can work side-by-side with her kids. She can participate in class events, such as a 20-minute parade that she may have otherwise had to take a half-day away from an office to attend.

She also gets to spend more time working out. In past office jobs, she’d often come home exhausted from her commute and struggle to hit the gym on weekdays. Freed from the constraints of office life, she recently hit a longtime goal of being able to deadlift her body weight. “It gives me time in my day to do something that releases endorphins, so I’m a happier person,” Zakir said.

If you ask Zakir, engagement is the most important aspect of maintaining a remote culture. Drift has done a good job of being transparent and creating opportunities for employees to connect with each other, and she said that the Zoom celebrations feel like actual parties.

“To be able to do that in a virtual environment so successfully is impressive. You feel the energy. It’s an amazing feeling, and it is what stands out to me about the culture,” Zakir said. 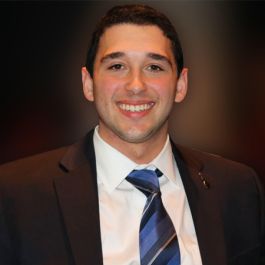 As someone who was born and raised in Puerto Rico, Garcia finds working for well-known Latinx founders David Cancel and Elias Torres to be a dream come true.

When he was in the hiring process just over a year ago, Garcia recalls being impressed by his Drift interviewers. “As a person with a physical disability, when I mentioned my life experience, there was never an awkward pause,” said Garcia.

Garcia’s favorite aspect of Drift is the way the culture celebrates its people. He places a lot of stock in working with a company that empowers employees to be themselves. “When you are able to bring your authentic self to work it drives you to be better and you are supercharged to excel,” said Garcia.

The company encouraged Garcia to take initiative right out of the gate. In his first month at Drift, he pitched the idea of creating an employee resource group for people with disabilities, now called PossAbilities. He said that leaders notice employees who are motivated and give them the ability to make an impact.

Garcia has noticed a lot of benefits to the remote-centric policy Drift implemented. For one, it’s much easier on his wallet. “When I’d work in an office and take a walk downtown — or rather a roll because I’m in a wheelchair — I’d always end up spending money,” said Garcia. Even if he brought a lunch, he’d often lose a battle of will and order a slice of pizza instead.

But Drift’s digital-first policy has also played a profound role in a challenging personal crisis. In July, one of Garcia’s parents was diagnosed with cancer. Having the ability to spend time with his family through a tough time was something he will never forget. Garcia was deeply moved by the support from the Drift community, who went out of their way to send messages of support. “As much as we want to create boundaries, our personal and professional lives still blend together,” said Garcia.

As much as we want to create boundaries, our personal and professional lives still blend together.”

According to Garcia, Drift employees have the ability to find balance in their lives.

“What is so notable is that I can be more present in my life, outside of work,” he said. “Having the energy to give to people I care about is what I’ve appreciated the most. It’s small, but those moments make a big impact.” 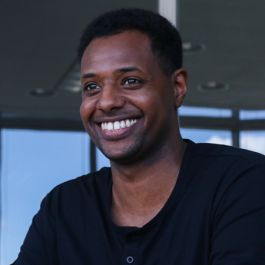 Goso joined Drift as a senior account executive in Boston in 2018. He was drawn to Drift because it was a growing company where he could develop his leadership skills and stay for the long term. Elias Torres and Drift leadership put a heavy emphasis on development, which permeates the organization. Goso himself has since made the transition into sales enablement, thanks in part to that strong support from leadership.

Inclusion is another huge priority for Goso. “Diversity has been at the forefront of Drift’s strategy, even before other companies were thinking about it. David Cancel and Elias Torres are a rare group of Latinx founders,” said Goso.

Goso has a unique perspective, having joined the team before the pandemic forced the world to go virtual. He noted that the sales team in particular had a big in-office culture, and it was a tall order to channel that energy into virtual events.

“They actually put some production behind it: We’ve got music; we’ve got energy. It is super cool to watch that transition happen. I’m excited to see what comes next as we continue on this path,” said Goso.

Goso added that Drift’s remote culture is very intentional, with the company using feedback to iterate and improve. “We’ve done a good job of pivoting, and there are a lot of benefits. We’ve seen productivity go up, and we are able to hire more diverse talent with skills we need from different regions,” said Goso.

While Goso appreciates the fact that his employer has enabled some safe on-site initiatives, such as a new-employee sales bootcamp that allows recent hires to train and bond in person, he also sees the need to evolve.

“When I hear of companies bringing people back into the office, I just don’t know if I can do full-time in-office, the way it used to be. We’ve changed. The world has changed. We’ve all shifted our patterns; we can’t go back to the way it used to be without taking into consideration what happened, as one of our co-founders has noted before,” said Goso.

The world has changed. We’ve all shifted our patterns; we can’t go back to the way it used to be without taking into consideration what happened.”

Ultimately, one of the biggest benefits the digital-first decisiveness unlocked was Goso’s ability to explore the world, which he’d been missing out on in the old model of work. “I’m going to be in Florida for six months, and then I have a sabbatical I can use this summer to travel abroad,” he said. “Getting these experiences is super important to me, while I’m also doing what I love. I couldn’t ask for anything more.”