The Motional team is made up of engineers, researchers, innovators, dreamers and doers, who together are creating a first-of-its-kind technology with the potential to transform the way we move. We’re behind some of the industry's largest leaps forward, including the first fully-autonomous cross-country drive in the U.S, the launch of the world's first robotaxi pilot, and operation of the world's most-established public robotaxi fleet.

As a leader in an emerging industry that has the promise of creating safer, more reliable and accessible transportation for all, it’s imperative we have a diverse workforce, create an inclusive culture, and understand the communities we operate in around the world.

Diversity, Equity and Inclusion is fundamental to Motional’s success. That’s why we’ve established a team to ensure DEI is at the forefront of the candidate and employee experience, beginning with the hiring process and continuing throughout your career. We also partner with organizations like the National Society of Black Engineers, the Society of Hispanic Professional Engineers, and the Society of Women Engineers to ensure our DEI work is informed by the latest thinking and approaches.

Strategically formed by Hyundai Motor Group and Aptiv, Motional is fundamentally changing how people move through their lives. Headquartered in Boston, Motional has operations in the U.S and Asia. For more information, visit  www.Motional.com and follow us on Twitter, LinkedIn, Facebook, Instagram and YouTube.

Motional AD Inc. is an EOE. We celebrate diversity and are committed to creating an inclusive environment for all employees. To comply with Federal Law, we participate in E-Verify. All newly-hired employees are queried through this electronic system established by the DHS and the SSA to verify their identity and employment eligibility.

What are Motional Perks + Benefits

An Insider's view of Motional 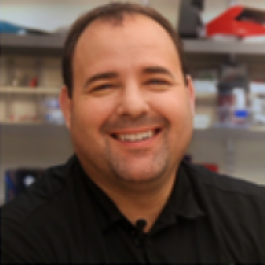 How would you describe the company’s work-life balance?

For the past 15 months we've been a remote organization, hiring 450 remote team members across our global organization. We recognize as we start our return to normalcy, we must remain flexible and continue to evolve, understanding that balance is essential. There is a conscious, respectful and phased out approach being made by each team leader.