Trading and Gaming for Charity: An Inside Look Into IMC Trading’s Culture of Giving Back

IMC Trading has a long history of giving back to the community, but the trading firm has taken its impact international with its annual Trading and Gaming for Charity event — a day in which the firm donates its entire profits to a nonprofit partner.
Written byJenny Lyons-Cunha

It was August 3rd, 2022, and IMC Trading’s annual Trading and Gaming for Charity event had begun. As the morning wore on, a hum of anticipation grew.

The Sydney and Amsterdam teams wrapped a full day of trading, and IMC Chicago readied to take up the torch.

What IMC Trading Does

​​IMC is a proprietary trading firm and market-maker. With roots in its founding city of Amsterdam — as well as Sydney and Chicago — the firm trades on more than 100 exchanges around the world. IMC Trading places an emphasis on technology and innovation in the trading industry.

Cicely Wootan, senior director of global partnerships at the beneficiary of the day’s events, Room to Read, was introduced with applause from the team.

IMC Managing Director Sunny Khiani — wearing a bright blue “Trading and Gaming for Charity ‘22” t-shirt — prepared to step into the trading bullpen alongside his similarly clad team. It was time to raise as much money as possible.

Eight hours after the starting bell, Khiani called the team together to make closing statements.

IMC Trading had raised $5.4 million dollars — all of which went straight to the industrious hands of Room to Read, a nonprofit organization committed to battling illiteracy in underserved communities around the world.

What Room to Read Does

“We envision a world in which all children can pursue a quality education that prepares them to lead fulfilled lives and make positive change — in their families, communities and the world,” reads the nonprofit’s mission statement. Driven by a vision of creating a world free of illiteracy and gender inequality, Room to Read collaborates with government organizations and educators to provide underserved children around the world with the resources they need to become lifelong readers and learners. “They work with young children in first and second grade, teaching them to read in their native language,” said Adam Arents. “They work in a number of  historically low-income countries, but we specifically support their work in Tanzania and South Africa.”

“When Sunny stood up at the end of the day with a crowd of people — all of whom were able to contribute alongside him — and talked about the multiple millions we’re going to be able to donate, it really felt like we were all a part of something bigger,” said Adam Arents, program officer of the IMC Foundation. 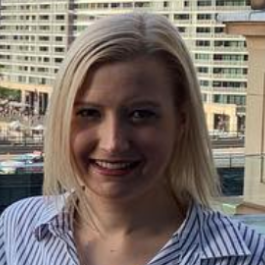 Morgan Dwyer, event specialist at IMC Chicago, chimed in with a laugh: “Sunny doesn’t get to trade on a day-to-day basis — he’s too busy running the company.”

Arents nodded in agreement. “There’s a feeling that we’re all working towards the same goal,” he said. “We donate a portion of the profits every day to charity, but having a day where everyone trades for a single cause is inspiring.”

Every detail was accounted for — from the shade of cobalt used in the office decor, social media collateral and event t-shirts to the spray of sugar over authentic puffs of East African mandazi.

“It involved a lot of meetings with the global teams,” Dwyer said, grinning. “We generally have at least 12 people from three different time zones at our meetings.”

These hybrid forums include representatives from the IMC Foundation, IMC’s event planning team, IMC’s marketing team, Room to Read representatives and ambassadors from Team Liquid — the esports entity that puts the “gaming” in Trading and Gaming for Charity.

What Team Liquid Does

“Team Liquid is one of the world’s leading esports organizations,” said Michelle Talarico, marketing and branding manager, IMC Chicago. Esports are multiplayer video games, played competitively by professional gamers for spectators. Talarico, who is new to the esports world, shared that the number of followers and daily viewership was mind-blowing to her. With a peak viewership of nearly two million fans, it’s easy to see why. During Trading and Gaming day, members of Team Liquid stream live play of their respective games, interacting with fans about IMC Trading, Room to Read and the importance of giving back. While the streams generate revenue, the focus of the partnership is reaching a broader, more diverse audience. “It’s exciting seeing the amount of IMC employees who bring jerseys to get signed and talk to the Team Liquid stars who visit the office,” Talarico said. “It’s a sign we’re making the right moves together.”

“The Team Liquid audience is a very different audience from what we have and what Room to Read has,” Talarico said. “It’s a huge audience — these young, tech-forward fans get to learn about Room to Read from massively popular streamers.” 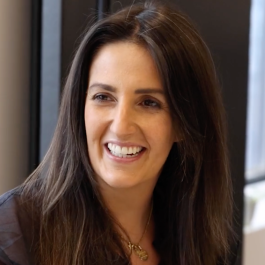 “It’s really eye-opening, seeing some of the questions and comments from fans,” Talarico added. She was particularly struck by the compassion she sees in many of the online interactions.

Beyond Team Liquid connection points, Gaming and Trading meeting agendas were stacked with discussions about aesthetics, social campaigns, marketing collateral, onsite support and budgets. All expenses for the day were covered by the founders, Dwyer clarified, to funnel every dollar raised straight to Room to Read. To unify the company, every effort was mirrored across the three sites in Sydney, Amsterdam and Chicago

“The ultimate goal of the day is to focus on fundraising and bring an element of the culture we’re supporting into the office,” Dwyer said, beaming over the details of the authentic, carefully sourced food and beverages.

Perhaps one of the most important details of the day was the creation of a charming children’s library, which served as a striking reminder of the day’s impact. The primary-colored oasis was set just beyond the clamor of the office.

Between trading, IMC team members were able to steal a quiet moment to thumb through vibrant paperback books and flip through the same pages of curling Swahili, Lao and Vietnamese words that tiny hands around the world would hold because of the money raised that day.

The waist-high bookshelves and miniature chairs were not just adorable props — they were the same learning tools that Room to Read plants in school libraries around the world. They are designed to be the perfect height for children to meet the joy of reading eye-to-eye.

When Adam Arents saw the technicolor shelves tucked into a bright corner of the office, he was transported to one of IMC’s previous trips to Africa.

The memory goes like this: In a balmy area of Tanzania, Arents steps into a classroom that is alive with the chaotic energy of 100 six-year-olds. But one voice cuts through the happy din of giggles, shouts and shuffling feet: A lone teacher, armed only with spelling cards, personal charm and a lively voice.

Arents watches the teacher, who commands the attention of all 100 growing minds. Rapt, they join her in reading, singing and learning. 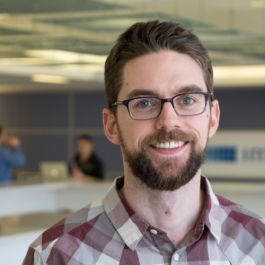 “Not everybody in the room had a book, but the teacher was able to bring the students along with them,” Arents recalled. “They’re singing, they’re using their hands, they’re using props — it was just incredible to see.”

Despite being oceans away from home, Arents recognized teaching strategies from his children’s classrooms back in America. As it turned out, teaching the skill of reading is a labor of love in any language and in any part of the world.

“To see the energy and expertise of the teachers we met — it just blew me away and opened my eyes to what’s possible,” Arents added.

IMC Trading’s connection to Room to Read is the fruit of a long history of intentional nonprofit efforts.

“We’ve supported young people in many ways for a long time,” Arents said, outlining IMC’s philanthropic roots in the Chicago school districts. While IMC continues its local efforts, its leadership yearned to grow its impact.

In the six-year partnership between IMC and Room to Read, that immense impact has been made, including direct benefits for more than 500 schools and more than 2,000,000 children in Tanzania and South Africa.

“How many classrooms of 100 kids is that?” Arents asked.