When it comes to cybersecurity, there’s no resting on one’s laurels, explained SVP of Engineering Ron Dovich at Brinqa.

“It’s not a space where the features are going to be really well-defined and once you get it done it just goes into maintenance mode. It’s ever-evolving,” Dovich said.

“Ever-evolving” isn’t just a succinct description of the industry in which Brinqa operates — it could also double as a good summation of what the last few years have held for the Austin-based cybersecurity organization. Since its inaugural round of funding, a $110 million Series A announced in June of 2021, the company has staffed up dramatically as it’s continued to architect its core teams.

“We needed the infrastructure to grow at scale. Part of the investment was to build out all the individual functionalities so that we could have growth at scale. That’s the fun part,” SVP of Sales Brian Prokaski said. “There’s new faces every single week and everybody’s working toward a common goal, while also having the benefit of an excellent product behind you to go out and sell.”

With added staff comes the ability to beef up the Brinqa product itself. For Dovich’s team, specifically, engineering efforts over the last year have been largely focused on the “next major version” of Brinqa, Brinqa 11, with plans to roll it out to customers by the end of the year.

And while Brinqa might be growing, that doesn’t negate the need to bring weight behind one’s contributions.

“Being a smaller company, and with the multiple apps that we integrate into our product, engineers are drooling over the exposure they get to have and the new things to constantly learn,” Director of Talent Acquisition Rebecca White said. “They see it as cutting edge and having the opportunity to constantly sharpen their skills.”

Engineers are drooling over the exposure they get to have and the new things to constantly learn.”

As they continue leading their expanding teams, Prokaski, Dovich and White explained how last year’s funding unlocks new levels of potential for both the company and team members — and what that means for the year ahead.

“We’ve more than doubled in size in a year. We plan to do it again next year,” Prokaski said. “There’s going to be lots of opportunities for people to step in and help lead this company.”

Brinqa’s cybersecurity platform, which is largely focused on enterprise companies, counts Whole Foods, WarnerMedia, SAP and UScellular among its customers. According to Dovich, the company is looking to grow its integrations to 300 next year, up from 170. “In cybersecurity, there are a lot of different integrations that you have to do and a lot of different data sources that you have to bring in. Enterprises are very complex by their nature. Brinqa really excels in that area,” Dovich said. “We bring singularity and automation to very complex environments,” Prokaski added.

To start, what drew you to Brinqa? 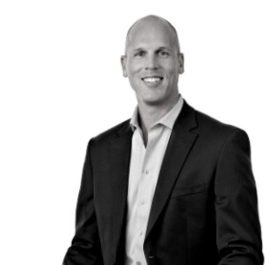 SVP of Sales Brian Prokaski: For over 10 years, Brinqa was a very successful, profitable company. I was looking for a product-led company with a product CEO. I wanted something that was ready  for explosive growth over the next couple of years and was a dominant product within its category. Brinqa checked those boxes.

SVP of Engineering Ron Dovich: I was looking for a company that had a product that was selling into the market already that didn’t have to establish a new market category and was preparing to scale that up. My strengths are around scaling up a team. Also, I wanted to stay in cybersecurity. Doing something that has a benefit to society is important with where I’m at in life and in my career.

Director of Talent Acquisition Rebecca White: The ability to come in and build something with a great product, great company and great people that have already had success for over 10 years — and now taking it to the next level — is pretty exciting.

What are you building out with this funding? Why do you need to do that?

Prokaski: The funding has allowed us to hire salespeople and engineers, create demo decks and content, build renewal teams and account management teams to help current customers explore the value of Brinqa, and then sell to new logos. We just recently hired our CMO and they’re building out the team. We’re building out the sales functionality, we’re talking to customers more than we ever have.

Dovich: My team has doubled in size this year so far and added new areas that the funding has made possible — things like site reliability engineering and user experience, in addition to just adding more engineers to the overall team. It’s given us many more capabilities.

White: Prior to our Series A, we didn’t have an HR team. Now, we have an HR department. And with our growth continuing next year, these HR programs are even more important to create that structure. It’s different for a startup when you’re used to flying by the seat of your pants for 10 years. Building the HR function has been fun.

Tell us more about Brinqa 11. 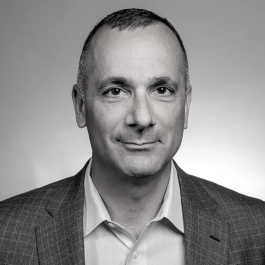 Dovich: Brinqa 11 is the next major version of our platform. It’s a significant evolution in the product. One of its biggest refinements is the onboarding experience for our customers and how quickly they can achieve time to value. It will be faster than ever to get a customer completely deployed in a typical enterprise deployment model.

On the tech side of things, probably the biggest change that you’re going to see is the “explorer” that we’re introducing. We’ve always had an underlying graph database in the product, but we never exposed it to our end users. In Brinqa 11, there’s a new visualization that enables you to look at the graph and understand all the relationships within your attack surface.

If we want to grow the company as we’re planning to, we need a product that is quick and easy to deploy  for us and our customers.”

I think it’ll be exciting. It also aligns well with what Brinqa is doing in the growth of the company. If we want to grow the company as we’re planning to, we need a product that is quick and easy to deploy for us and our customers. That’s the main driver for this next version of the product.

Do you have a favorite success story?

Prokaski: The success story I like best is when customers continue using Brinqa because they feel confident that they have identified their risk and they can automate the remediation process. That lets them sleep at night. There are a lot of customers that say, I feel good knowing that I have good visibility into what my risk is at my company. Whereas before, they didn’t know that. 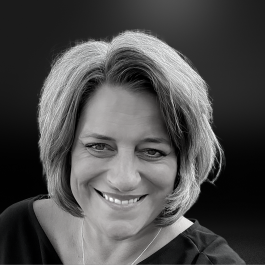 White: The success my team has celebrated is: Since the beginning of the year, we’ve hired over 60 people so far with another 15 to go to meet our goal. That is huge. Especially when we are  building the boat as we are traveling down the river without all the tools needed when we got in the water. For example, we have a great candidate experience now, with an improved interview process. We have better benefits. We have a more structured hiring process with a compensation structure and a welcoming offer letter for our new hires.

Dovich: My team members came to Austin for our engineering kickoff to get ready for 2023. For me, that’s a huge success, having customers talking directly to my engineering team about how they’re using the product. As engineers, they always want to build a product that somebody’s going to use to run their business successfully. Nobody wants to build shelfware.

Prokaski: Explosive growth in revenue, people and opportunity. Also, the ability to have a voice in a fast-growing company. Feedback from employees really does matter. It’s how we run the business. We want everybody to be part of Brinqa’s success. It’s important that people feel that they are empowered, they have autonomy, they have a voice and what they say matters.

Feedback from employees really does matter. It’s how we run the business.”

White: Our growth in 2023 will be about finding talented, experienced people with the right skill set. That’s probably been our biggest challenge, especially for the engineering team. Our challenge is finding the hot skills in today’s candidate market.

Dovich: For me, 2023 is about significantly growing the capacity for the team and then overlaying that new process we’ve established to make the team more predictable will be a big part of what we’re doing in 2023. We’ve got a lot of demand in the market. We need to focus on getting more people on board faster.