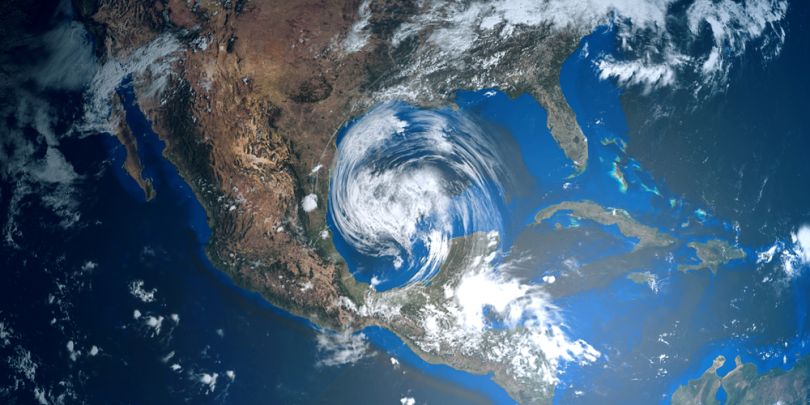 Scientists are using satellites and big data to predict the behavior of hurricanes and other natural disasters, says Smithsonian Magazine.

The outlet describes how researchers like Caitlin Kontgis of Descartes Labs in New Mexico are working on a grassroots project using data from GOES, the Geostationary Operational Environmental Satellite operated by NOAA and NASA.

Every five minutes, this satellite records images of the Western Hemisphere. Each image is being processed via a deep learning algorithm that spots the eye of a hurricane. Combining this with synthetic aperture data, the result is nearly real-time flooding information.

“The goal of these projects … is really to get data into the hands of first responders and people who are making decisions and can help.”

“The goal of these projects … is really to get data into the hands of first responders and people who are making decisions and can help,” Kontgis said to Smithsonian Magazine.

The inspiration for the project was Hurricane Harvey, which defied predicted flooding patterns in Houston. Descartes scientists saw an opportunity to apply big data to future hurricane recovery efforts.

This foray is a departure from Descartes’ usual focus on food supply chains, real estate and more. Moving forward, hurricane size, wind speed, and even land elevation may be incorporated in the algorithm.

Other agencies, companies and research groups are applying big data and machine learning to hurricane prediction, safety and awareness, according to Smithsonian Magazine. The upside is tremendous in the mitigation of both economic and human damages, especially in a world where these storms are increasingly becoming the norm due to climate change.

The unpredictability of storms makes AI and machine learning appealing to scientists who track these storms, but the many variables also make modeling a challenge even with these emerging technologies.

“This makes it all a challenge for AI,” says Amy McGovern, a professor of computer science at the University of Oklahoma, told Smithsonian Magazine. “The models are definitely not perfect. The models are all at different scales, They’re available at different time resolutions. They all have different biases. Another challenge is just the sheer overwhelming amount of data.”